Vizag Little Stars Contest is a first of its kind contest for kids to bring out their creativity, talent and imbibe a sense of patriotism along with immense recognition and rewards to support a charitable cause.

Kids have to register to participate in the contest and will be called upon for Auditions. Those who performed well will be short listed for finals. Photo shoot will be conducted for Finalists.

Finalists will be a part of India's first Patriotic Photo Album launch and will get media coverage and recognition and will be promoted to acting fraternity if interested. 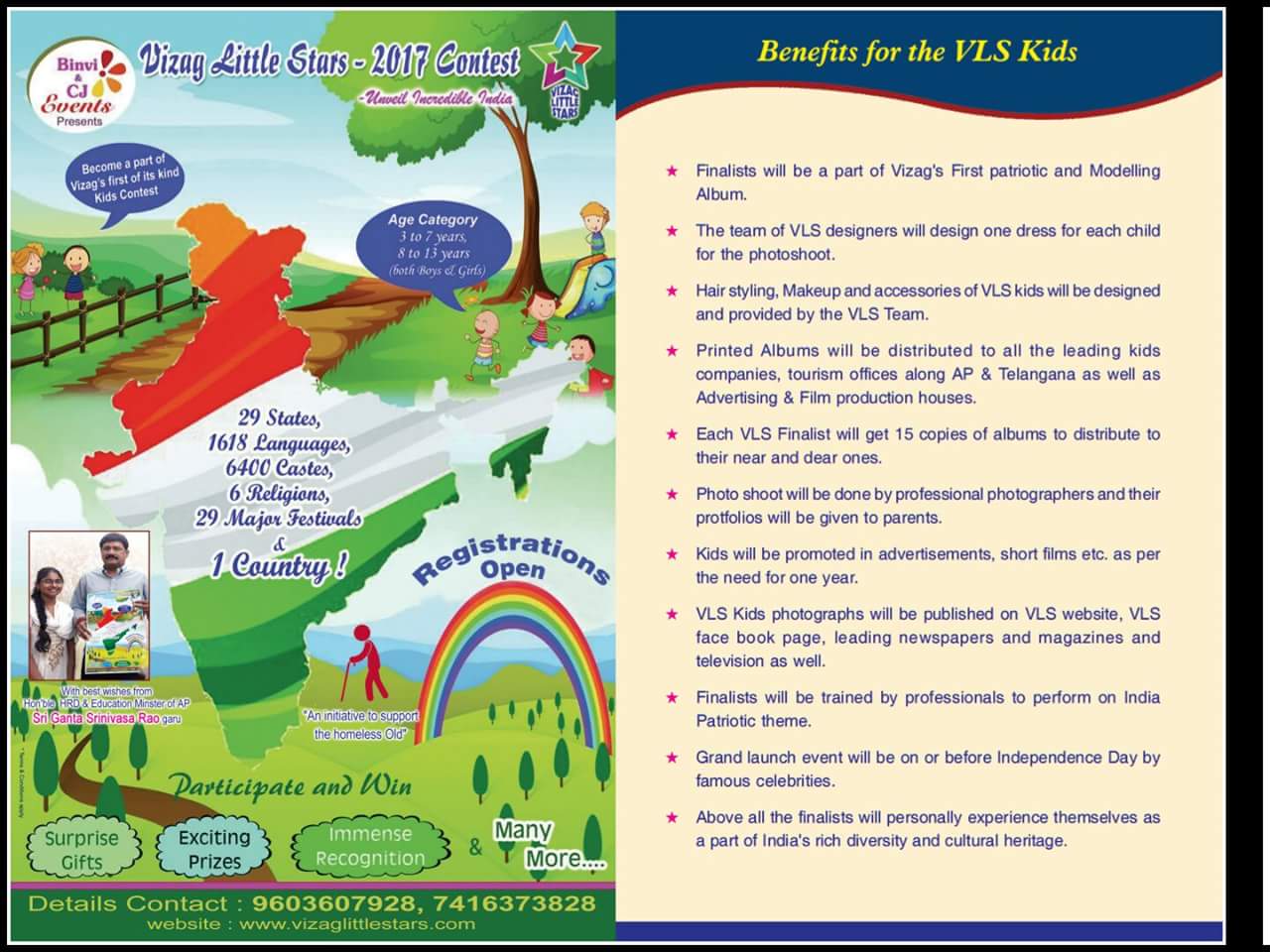 You are invited to attend Vizag Little Stars Contest