Stand up Comedy by Robin Pupneja

Stand up Comedy by Robin Pupneja 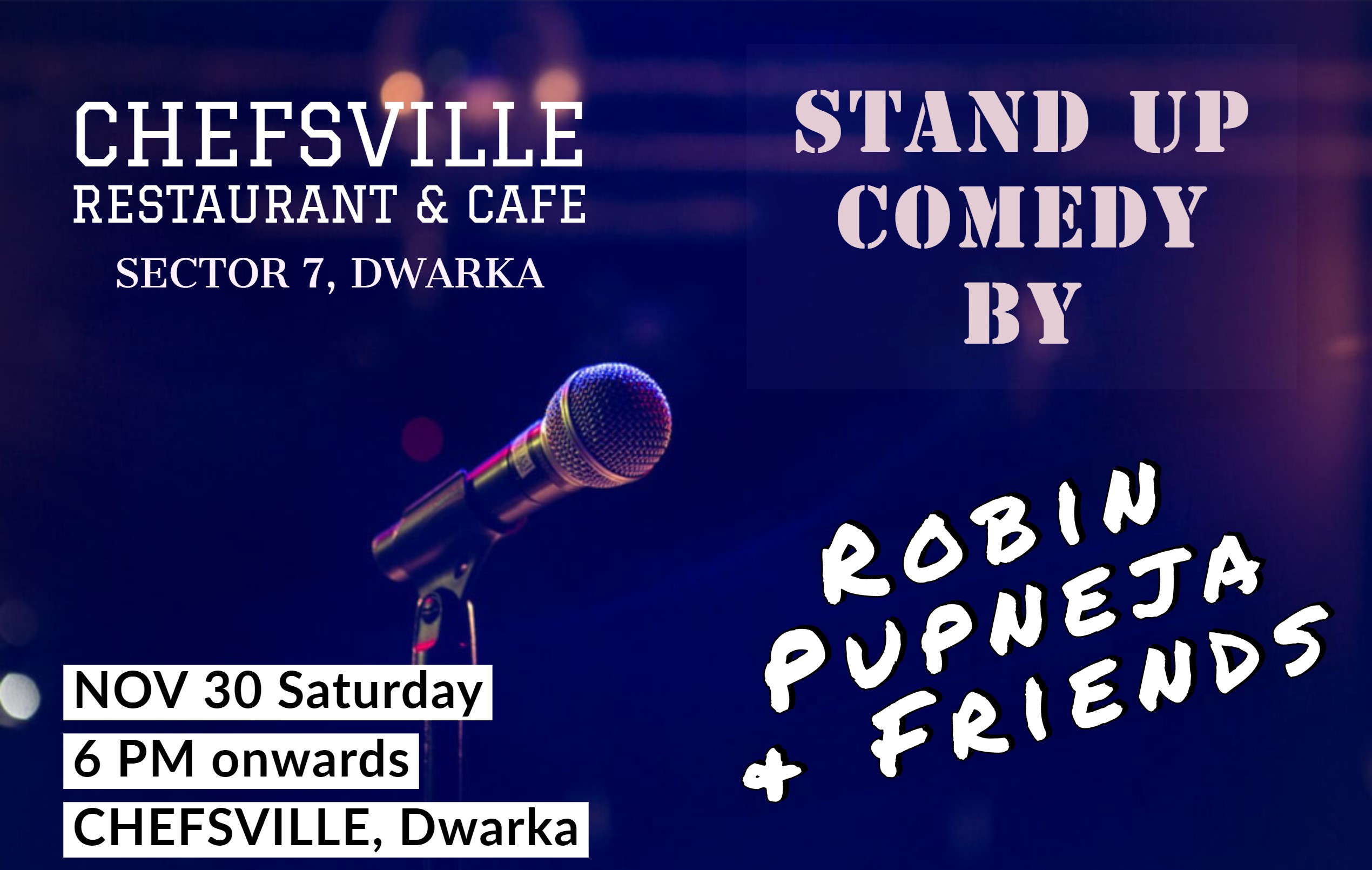 15 Minutes of Laughter everyday , reduces your risk of Obesity and Boosts your metabolism.
So, Come in for a Hilarious and Healthy NIght.
Entry starts at 6 PM, Saturday, 30th November,2019.

Stand-up comedy is a comic style in which a comedian performs in front of a live audience, usually speaking directly to them. The performer is commonly known as a comic, stand-up comic, comedian, comedienne, stand-up comedian, or simply a stand-up. Comedians give the illusion that they are dialoguing, but in actuality, they are monologuing a grouping of humorous stories, jokes and one-liners, typically called a shtick, routine, act, or set.  Some stand-up comedians use props, music or magic tricks to enhance their acts. Stand-up comedy is stated to be the "freest form of comedy writing" that is regarded as a fictionalized "extension of" the person performing

You are invited to attend Stand up Comedy by Robin Pupneja