SABRAS Music festival 2018 is a two day confluence of various flavours of Indian classical music and dance. The event will be one of its kinds in Delhi. It will showcase the performances by 10 artists of world fame over the period of 2 days.

1.      Hindustani classical vocal performance by Shahana Ali Khan, daughter of SNA Award recipient, the living legend of Kirana Gharana Ustad Mashkoor Ali Khan, who is considered as the encyclopaedia of Indian classical music by connoisseurs across the globe.

2.      Tabla performance by tabla maestro Ustad Rashid Mustafa, recipient of the Thirakwa Award and his son Shri Shariq Khan, the fifth and sixth generation of the family known to have made solo performance of tabla an important part of music concerts.

1.      Tabla performance by Ojas Adhiya, one a leading tabla players of the country, whose name is recorded as the youngest tabla player of India in the Limca Book of Records and has numerous other accolades to his credit.

3.      Kathak duet by Vidhushi Vidha Lal, whose name has been recorded in Guinness Book of World Records for maximum number of spins in a minute, and Shri Abhimanyu Lal, son of celebrated Smt. Geetanjali Lal.

Details of the event: 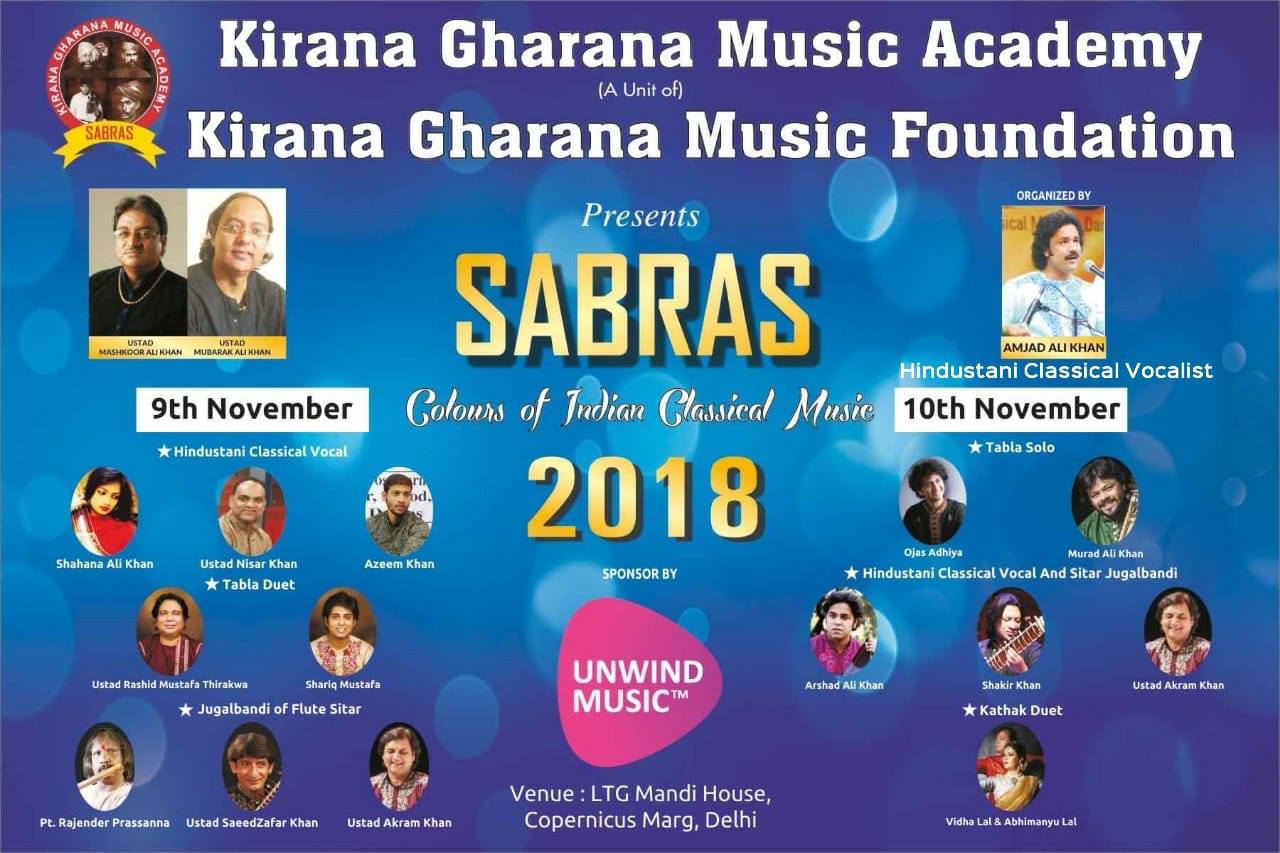 You are invited to attend SABRAS Music and Dance Festival 2018