It gives us immense pleasure to inform you that the 10h Quarterly Baithak, under the series 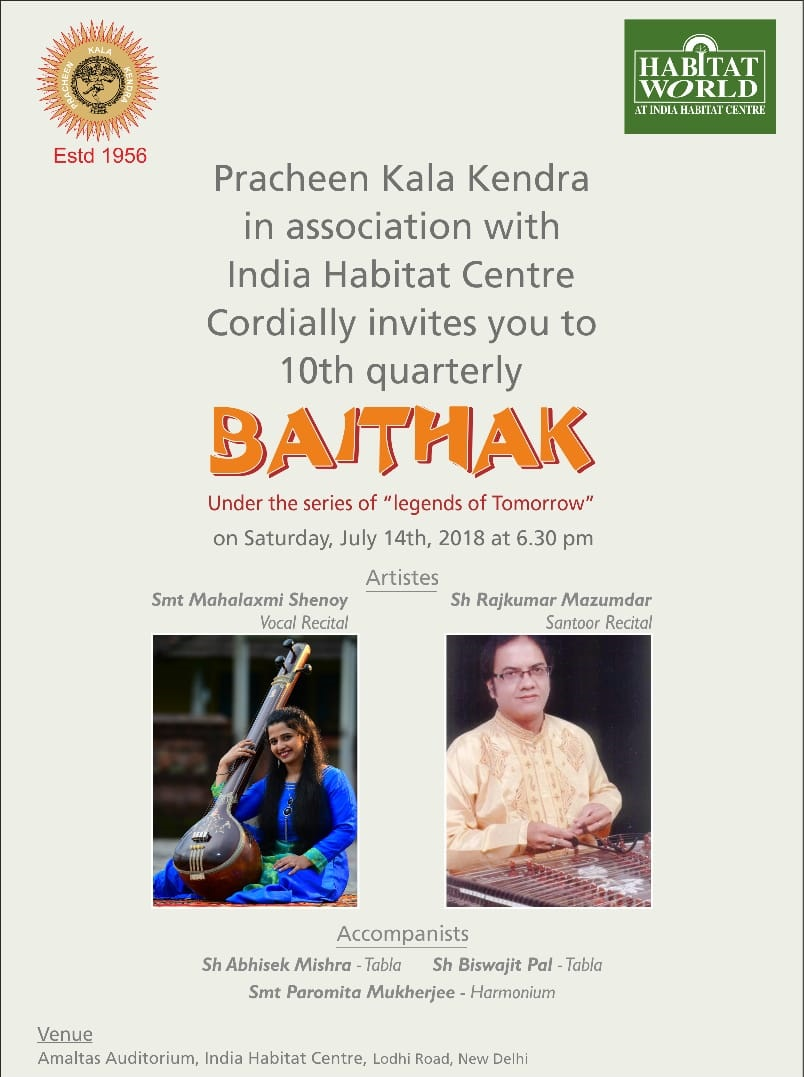 multifaceted Taan patterns in all three octaves ( Mandra, Madhya and Tara Saptakas) and

command over language are her hallmarks. Her music has been liked by many musicians,

music critics as well as by the common audience.

Born in family of musicians, Raj Kumar Majumdar is one of the versatile Santoor player among

the upcoming artists of the country.. Raj Kumar Majumdar received his initial training in Tabla

from his father , Pandit Prashant Majumdar.  Having mastered his art in playing Tabla

Rajkumar developed a test for learning SANTOOR. His highly aesthetic perception of music

tutelage he is still receiving an intensive training in Santoor in the Sufiana Gharana. 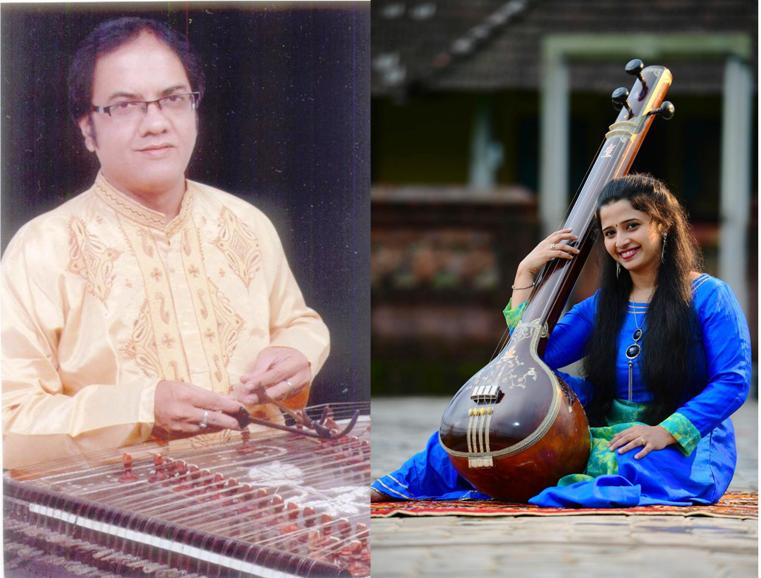 You are invited to attend Pracheen Kala Kendra Presents 10th Quarterly Baithak, under the series Legends of Tomorrow