PARTY in LAS VEGAS @ Ramanaidu Studios, Hyderabad
This event is first of its kind, by PINK INC MEDIA & AMUSIO Entertainments. After huge success of Party in Goa @ Hyderabad last year for 31st December @ Dhola ri Dhani, bringing down GOA to Hyderabad, we are coming up with another unique concept to bring LAS VEGAS to Hyderabad, INDIA. Complete venue will be transformed into Las Vegas Theme with glittering lights as it is in the VEGAS CITY in Ramanaidu Studios, Hyderabad.
Artists :

DJ PRITHVI, the No.1 DJ of Hyderabad and Internationally acclaimed, with his 3 back to back International Albums - MASTER BLAST, BEAT THE BOX and very recently TEENMAAR with DJ Jimmy Bell from USA, UK. Alongside, DJ Lil D, who will do the open set for this gala event for this New Year Eve Party. Emcee by a most popular and famous VJ from London, Seejal, also a Model from UK, who presented a Bollywood Weekly Show called ‘INSIDE BOLLYWOOD’ on a well known Asian Music Channel in the UK called BRIT ASIA TV on SKY television. (UK’s BIGGEST TV CHANNEL). On this Eve, we have a most popular Visual Artist from Mumbai Prakhar Rishodkar (Sunburn fame), who is going to do the Live Visuals, which is going to give you an out of the World experience with Visual & Musical Treat to each and every the person, who enters into Las Vegas in Hyderabad

Las Vegas Setup is made, to make you feel that, you are partying in Las Vegas like, we have organised last year with GOA theme named, "Party in Goa @ Hyderabad in Dhola-ri-Dhani

Nearer to the city 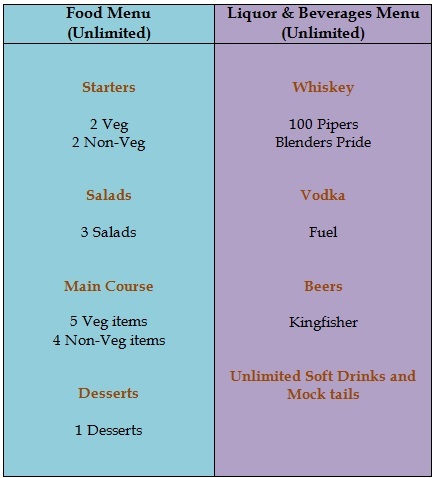 You are invited to attend Party in LAS VEGAS @ HYDERABAD