Purbayan Chatterjee- A recipient of President of India Award for being the best instrumentalist at the tender age of 15 and the Aditya Birla Award for excellence and contributions to the field, this Sitar player is also a trained vocalist who has played with greats such as Ustad Zakir Hussain and Shankar Mahadevan.

Gayatri Asokan-A playback singer and vocalist, other than singing in various films, she has also received Kerala State Film Award for Best Singer in 2003, Asianet television awards for best playback singer consecutively in 2011 and 2012 and Art of Living Award for Outstanding Women Achievers. She has also performed for established Sabhas like Thyagaraja Sabha, Bharatam and Soorya Festival, and is trained in bhajans, Hindustani and ghazals. 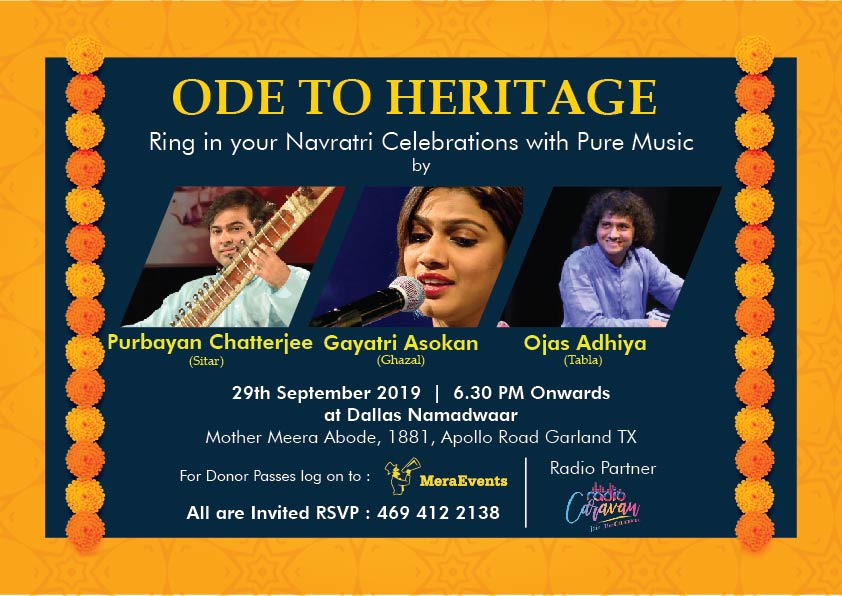