BANGALORE! How about a Concert Experience with

panoramic views of the city ! We're bringing in 2018 at the most Elegant property of Bangalore, The Waverly Hotel & Residences at VR Bengaluru ,Whitefield! Bangalore's hottest property is about to witness the biggest New Years Eve this city has ever seen at the rooftop that radiates class and luxury! SKYDECK, a beautiful venue with an upbeat outdoor setup acts as the BOLLYWOOD STAGE for the event while the breathtaking rooftop venue, ALT is the VIP arena and THE WHITEFIELD ARMS being the EDM stage. The event will offer Two grades of Tickets – General & VIP - The party will include an extravagant spread of Food, Alcohol sponsored by top brands, 3 stages with STATE OF THE ART PRODUCTION, Fireworks and Luxury Rooms at The Waverly Hotel. ITS TIME YOU STEP UP THE CELEBRATIONS!!! Book now! Limited enties only.

Name of the Artist (s):- GURBAX,THERMAL PROJEKT BEING THE HEADLINERS FOR THE EVENT AND WE ALSO HAVE OTHER 5 ARTISTS. WE WOULD DISCLOSE THE OTHER NAMES TO YOU IN A WEEK’S TIME.

Kunaal Gurbaxani aka GURBAX is definitely one of the freshest DJ/producers to watch out for in the Indian bass music scene. From metal- head to bass- head, his journey started in the city of Bengaluru where he played guitar in punk rock and thrash metal bands. Moving to Atlanta for college was like a blessing for him since it was there that he discovered his love for bass-music. “It really was an easy transition. They both encompassed my love for heavy music. However, I never really related to the metal culture of angst and destruction. With the bass scene, on the other hand, it was more than just the music – there was a sense of family in the underground culture of pure energy, love and happiness that really resonated with me and drew me in”. Now, a self-taught DJ and Ableton-certified producer from the Dubspot School of Music Production in New York City, he has played shows in and around Atlanta and NYC including a recent performance at ADE (Amsterdam Dance Event) and is now looking to catalyze the bass music movement in India. In a short span of 3 years since moving back, he has managed to play in every corner of Indian sub-continent as well as share the stage with a range of well-reputed artists such as Steve Aoki, Marshmello, NGHTMRE, Slander, Troyboi, Herobust, David Satori (Beats Antique), Christina Novelli, Hang Massive, GANZ and GAUDI to name a few. He also successfully curated a fully crowd-funded music video + music & art festival called the 'Boom Shankar Festival' in Bengaluru on August 16th, 2015 which drew the attention of people across the country and globe. One of the incentives for contributing towards the the crowd- funding campaign was an invite to the festival (where the live music video shoot was taking place) and get a chance to feature in the video. The festival had tie ups with some major brands such as Kingfisher, Red Bull, Festival Sherpa, Bangin' Beats, Grapevine online, etc.

Thermal Projekt  a versatile Dj/Producer, Reknown in the dance music world for his amazing library of dance music without genre barrier. His single releases "Tillana", "Shuffle" sets the example of his versatile sounds. Recently he was signed by Ensis Records for his upcoming single "Highway" and also made an  official remix for FLORIDA which charted in  Top 100 tracks worldwide on itunes via Sony Music. His mesmerizing performance at campus concerts like Supersonic made him stand out of the box. This House maestro is all set to give us a magical journey in the coming year
with many more new releases. 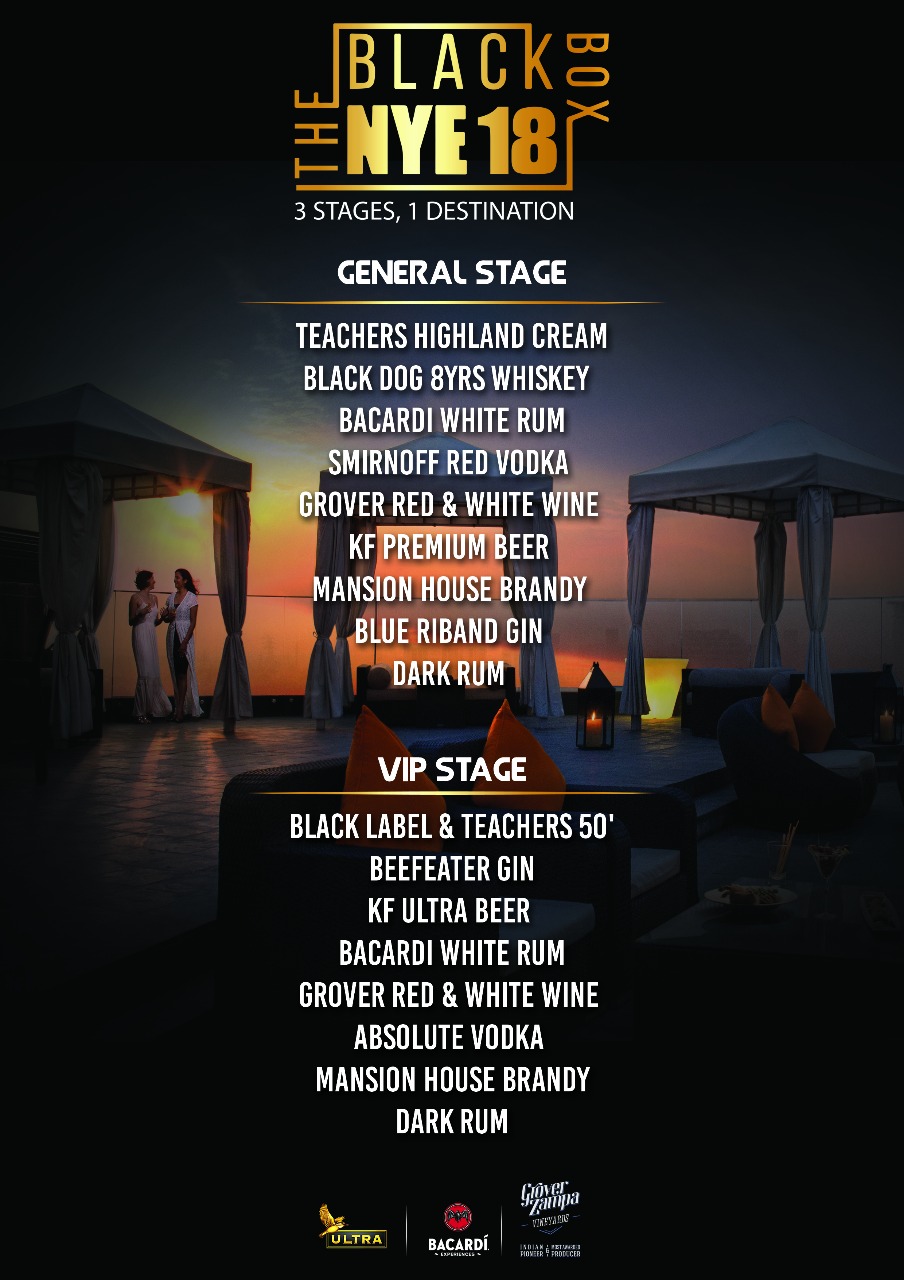 No exchange of tickets will be made under any circumstances and tickets are not transferable.
 No refund on tickets will be made under any circumstances.
 Tickets can be collected from the box office of the venue before the beginning of the event. Purchaser MUST present a valid Govt. ID Card and Booking Reference upon ticket collection.
 The resale of tickets is prohibited.
 Infants/Children/People below the Age of 21 Years Liquor shall not be served.
 Admission is with ticket only.
 Venue Owner reserves the right without refund or compensation to refuse admission to any persons whose conduct is disorderly or unbecoming.
 The Promoter may add, withdraw or substitute artistes and/or vary advertised programs, event times, seating arrangements and audience capacity without prior notice.
 The Promoter/Venue Owner may use the ticket holder's image or likeness in any live or recorded video display, photograph or picture.
 The Promoter/Venue Owner may postpone, cancel, interrupt or stop the event due to adverse weather, dangerous situations, or any other causes beyond reasonable control of the Promotor/Venue Owner.
 The Ticket Holder agrees to submit to search for any prohibited items including but not limited to weapons, drugs, fire crackers, controlled, dangerous and illegal substances.
 The Ticket Holder voluntarily assumes all risk and danger incidental to the event whether occurring prior to, during or subsequent to the actual event, including any death, personal injury, loss, damage or liability.
 Any complaints regarding the event will be directed to and dealt with by the Venue.
 No Outside food, beverage and alcohol are allowed.
 The Ticket holder is responsible for his/her personal belongings and the Venue Owner /Promoter is not responsible for their safety.

(1).How is the seating arrangement:-

- ONLY SEATS AVAILABLE FOR VIPCABANA

(2).If seated, will customers get specific Seat Numbers while booking or is it a free seating with first come first serve basis?

(3).Gate Entry Details:- WE HAVE THREE ENTRIES IN TOTAL, ONE AT WHITEFIELD ARMS AND OTHER BEING THE SKYDECK AND VIP GETS IN FROM THE WAVERLY HOTELS. Would I be allowed in case I am late for the show?

You are invited to attend The Black Box - NYE 2018