Medrock Asia presents, the Sweterman himself, the 23 year old singer/rapper from the Sweeterside, Mississauga - RAMRIDDLZ. Ramriddlz is a young musician who gained a lot of attention from some of the most sensational artists in the world, so much that the champagne Pappi, Drake, decided to cover one of his song and make his own rendition out of it.

He's set to hit the stage at Carouse, Lower Parel for the Mumbai leg of his Asia tour & is getting along the producer of your favourite party anthem 'Unforgettable' by French Montana. Catch him and a set of special guests, give you the sweeter dreams you've never had, on the 6th of October., 9pm onwards. 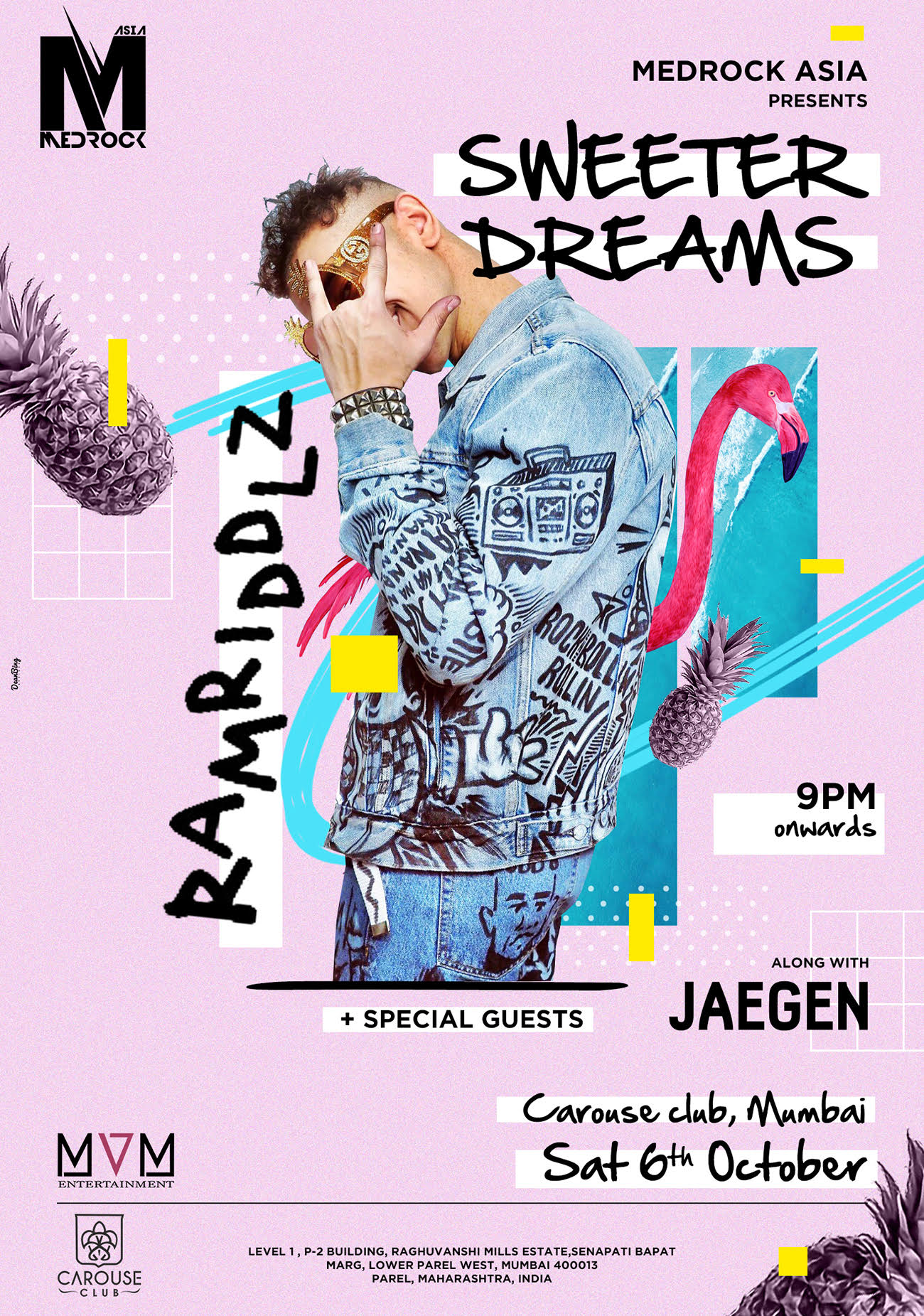