Kanyathon 2019, the 8th installment of an event organized by IFIM Group of Institutions in association with S.A.F.E (Students Against Female Exploitation), an organization formed by the students of IFIM, is a charity fund raiser involving a 5k fun, 10k run. It aims at bringing to light the unjust exploitation of the girl child and women in our country and helps promote women empowerment.

A daughter is one of the most beautiful gifts the world has to give. And yet, social cancers like female feticide and rapes are growing at the rate of knots. It is a shame that a country whose rich tradition propagates the worshipping of its women is choking in the claws of ignorance for them. But no cause is lost until there is but one soul left to fight for it. It is time we nip these atrocities in the bud. It is time to value the gifts that daughters are and respect the force that a woman is.

Come, let us join hands for a cause, let us save the girl child and empower every woman, because behind every successful woman is a tribe of other successful women who have her back. 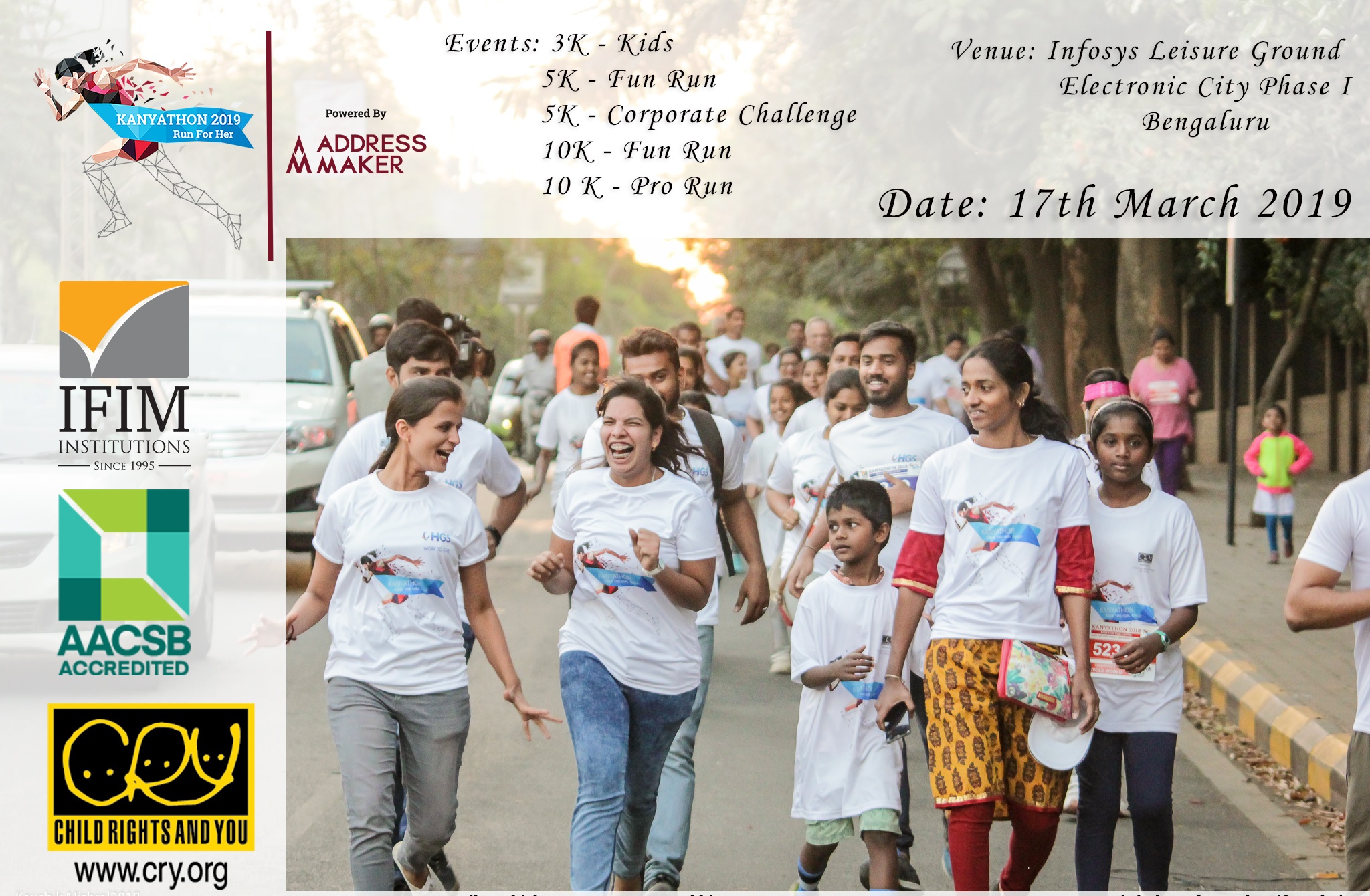 You are invited to attend Kanyathon 2k19 - Run For Her