When 20 world renowned drummers, 15 percussion acts, 3 workshops, drumming flea market, mass drumming , drum jams, regional drummers and everything about Rhythm is happening at one Festival, you know you are at Dumru

The Dumru Rhythm Festival is India’s Premier Rhythm Festival which began operations in 2011 with an all Indian percussive line up at the Mahalaxmi lawns in Kothrud. An outstanding response by Rhythm Lovers from Pune made Dumru the biggest Rhythm Festival in the country with more than 36 thousand people thronging the grounds along three days.

The 2015 Edition of The Dumru Rhythm Festival will witness Global collaborations for the first time in Pune. World Renowned and Grammy award winning percussionists from USA, Europe and India will collaborate to form new world sounds and Rhythm.

This year the organizers of Dumru have introduced a talent stage where 10 deserving artists will get a chance to showcase their percussive talent.

The Rhythm Excellence Award will be awarded to a percussionist who has spread the education of Indian Rhythm globally on the second day of the festival.

Finally the Dumru Rhythm Festival will be donating their full profits from ticket sales towards eradication of Malnutrition in India via their initiative Music for Food.

Legendary percussionist Giovanni Hidalgo was born in Puerto Rico and grew up in home filled with the drums, bongos, congas and timbales used by his father and grandfather, both musicians themselves.

Hidalgo began playing on a home made conga crafted by his father from a wooden barrel, when he was just eight years old. He also practiced on other percussion instruments, applying his great talent to become one of the top Latin percussionists in the world today. The sounds other drummers create with sticks, Hidalgo creates with his hands. His lightning-fast precision is particularly admired by drummers across the world.

Maestro Giovanni Endorses the LP brand of Conga’s and also has his own Conga Series which is known as the Giovanni Palladium and Giovanni Galaxy Series.

2)    Vidhvan Vikku Vinayakram ( A legend of the Earthen Pot) 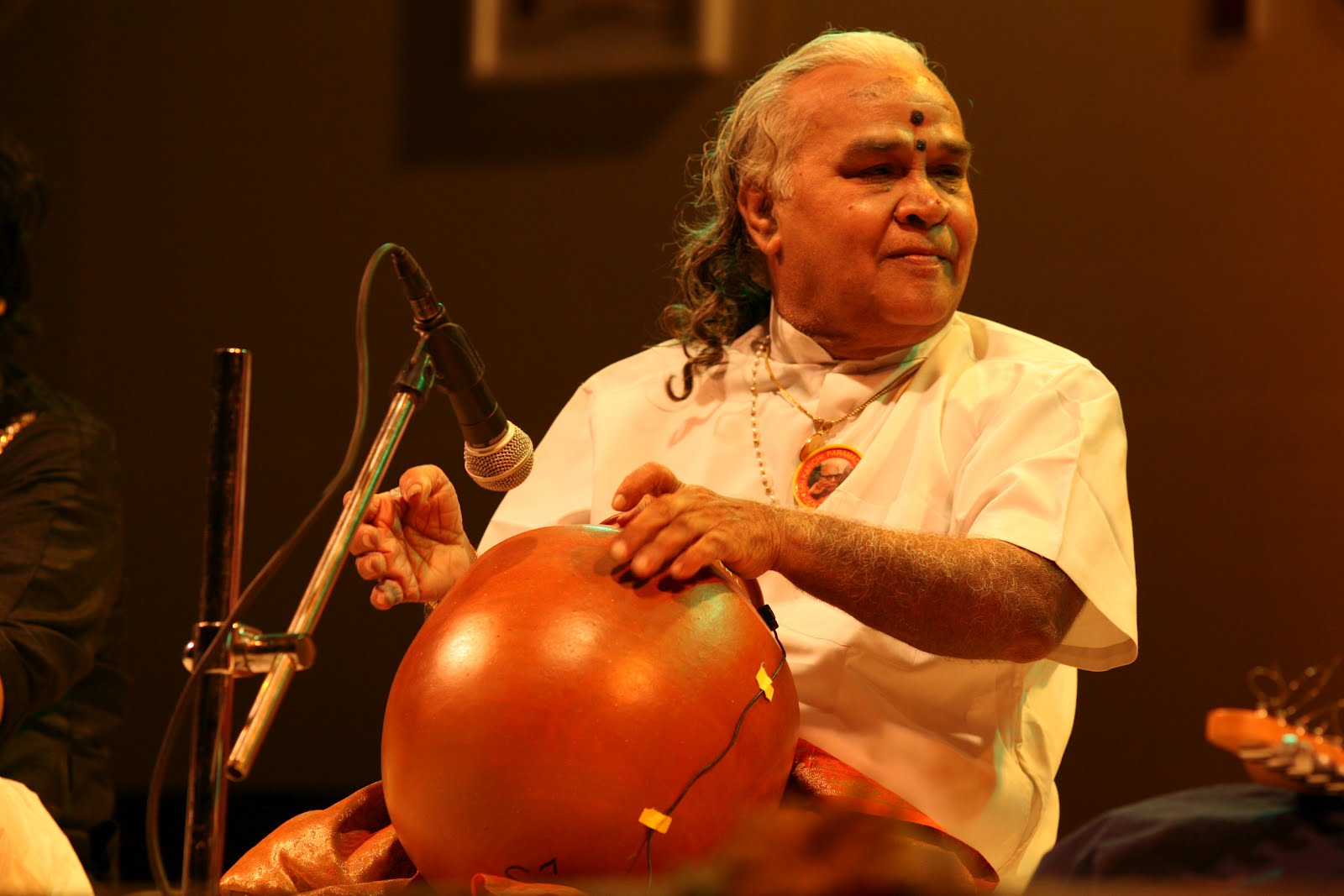 Thetakudi Harihara Vinayakramalso known as Vikku Vinayakram is a Grammy Award–winning Indianpercussionist who has mesmerized audiences world wide with this finger techniques on the earthen Pot ( Ghatam) Vikkuji as he is fondly called by his followers is credited with popularizing the ghatam the world over. 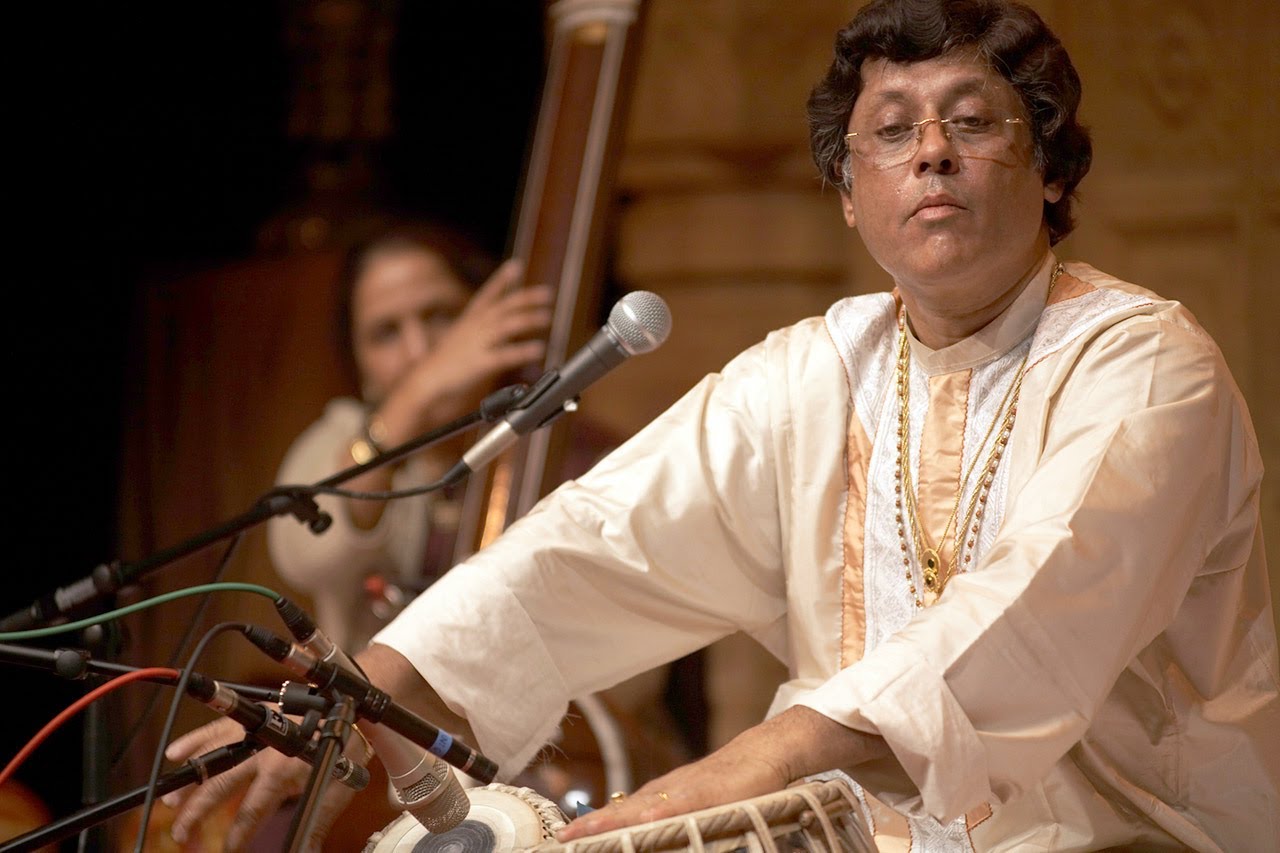 Pandit Anindo Chatterjee is a legendary tabla player from Farukhabad gharana.He was born in a musical family.He is a disciple of Pt.Jnan Prakash Ghosh. Gifted with an ability to summon crystal-clear melodies from his drums, Maestro Anindo Chatterjee evolved into one of the world's greatest tabla players of the modern era.. The director of the Farrukhabad Gharana of Tabla, founded by Haji Vilayat Khan Saheb, Anindo Dada continues to give new voice to his instrument.

Inspired by his uncle, Pandit Biswanath Chatterjee, Chatterjee began playing tabla at the age of five. Studying briefly with Ustad Afaq Hussain Khan of the Lucknow Gharana, he advanced to Pandit Jnan Prakash Ghosh, with whom he studied for three decades. The recipient of the prestigious President's Award in 1970, Chatterjee became the first tabla player to perform in the House of Commons 20 years later 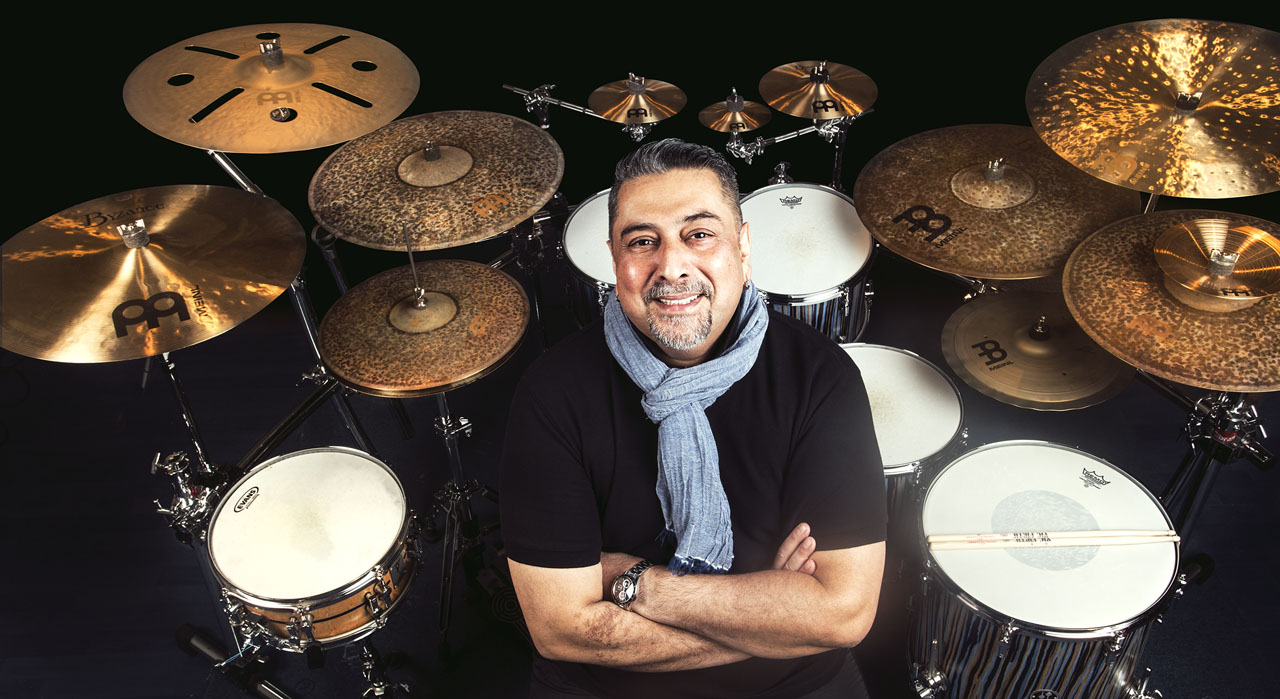 He has been always inspired by the path-breaking work of tabla maestro Zakir Hussain and John McLaughlin and was recently featured as the drummer in John's Grammy nominated album ‘Floating Point’.

Born into a family steeped in Indian classical music, melody and rhythm has always been an integral part of Ranjit’s life. His mother is the renowned Kathak dancer, Sitara Devi. His response to the western drum kit, even at the age of 12, was almost organic and his natural flair, ease and craft catapulted him onto becoming one of India's leading artists on the instrument at the age of 17, starting out as drummer with the great Louis Banks and traveling to the West with leading Indian jazz and classical musicians 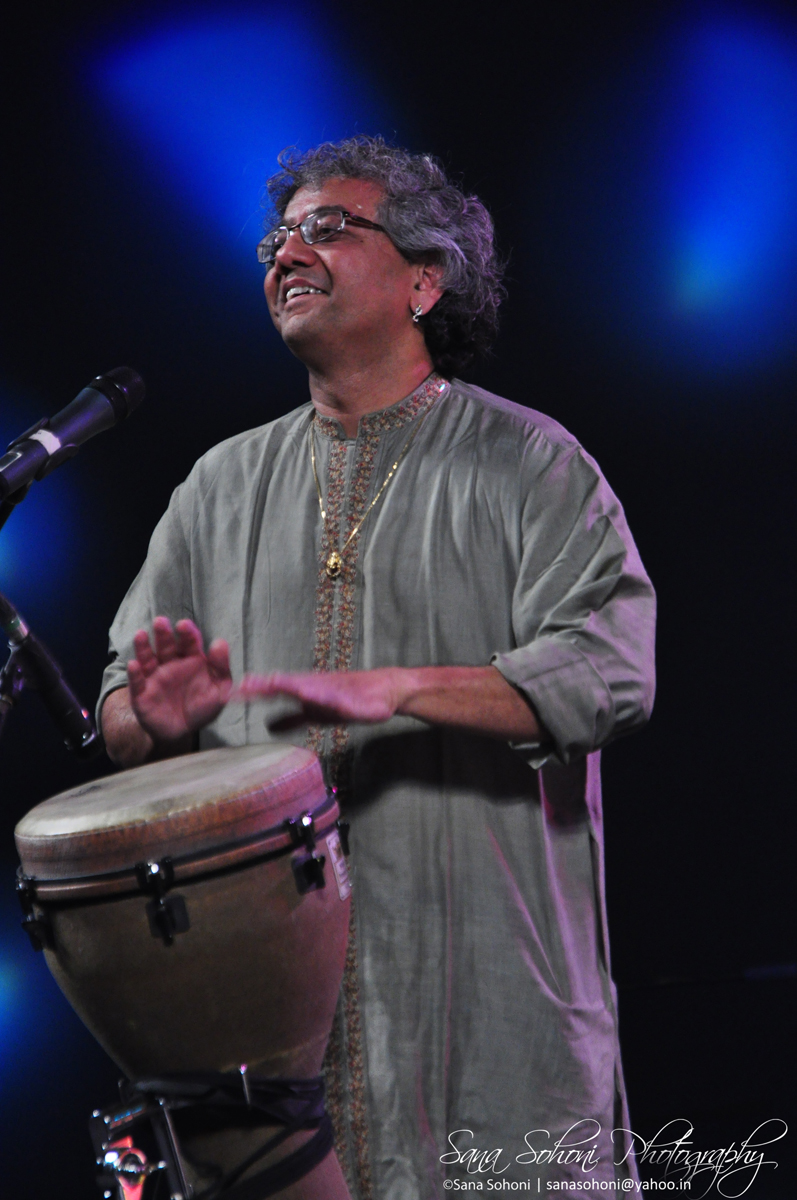 Taufiq Qureshi, an ace percussionist of India, is also an acclaimed composer. Being the son and disciple of the legendary tabla maestro Ustad Allarakha; Taufiq’s performances showcase the traditional flavour and intricacies of Indian rhythm, interwoven with the sparkle of his phenomenalcommand over contemporary world percussions.

Taufiq’s trademark style of using his ‘in and out breathe’ and incorporating body and vocal percussions, to create unique rhythmic motifs spanning across cultures; has become a trend. His sense of tone and his mastery over a wide variety of percussions adds a unique element to any collaboration and thus enhances a fusion music concert. 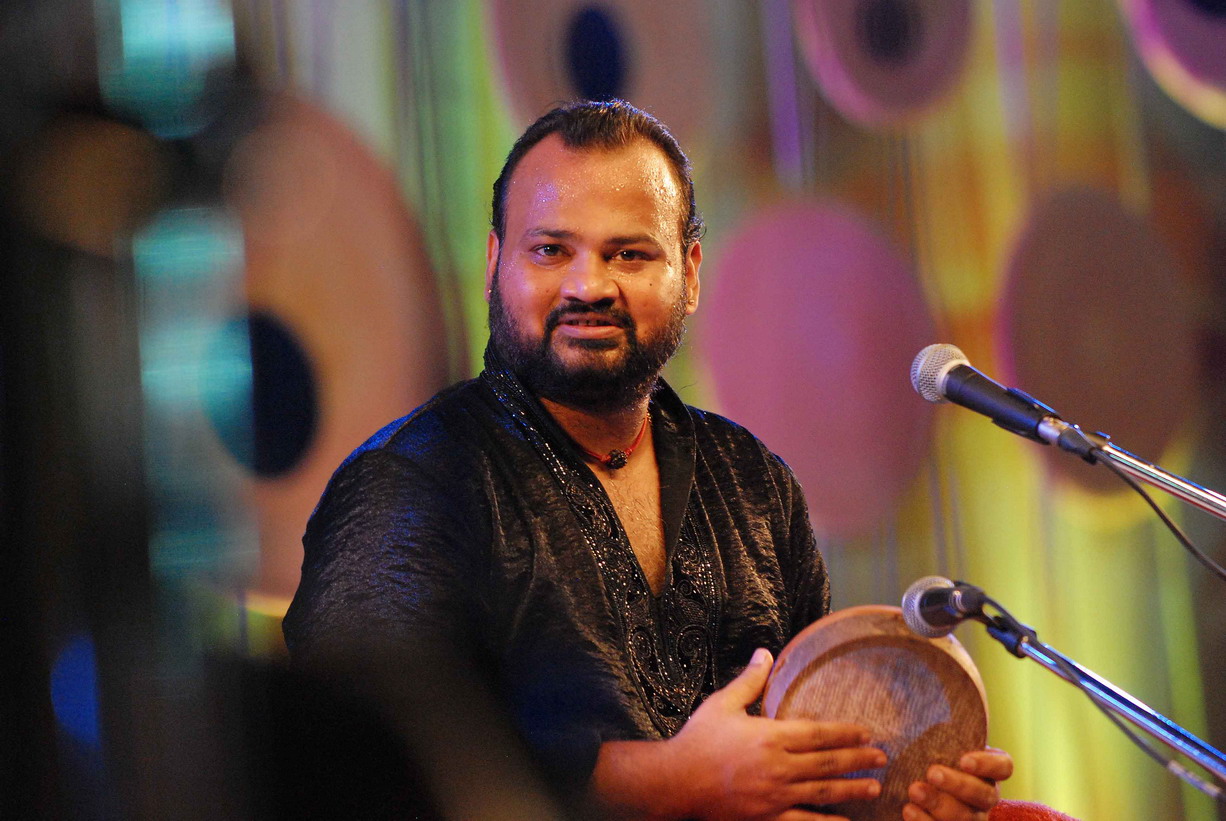 He has also composed and produced albums and played with the Swedish bass player Jonas Hellborg and American guitar virtuoso Shawn Lane.

His debut international solo album, Soukha, was released in 2006 featuring all other regular members of Remember Shakti including John McLaughlin, Zakir Hussain, U. Srinivas and Shankar Mahadevan, as well as sitar player Niladri Kumar and his father T.H. "Vikku" Vinayakram

He has also formed a new group called dr JSM, with the UK-based Goan songwriter/producer dr.Joel and the young Carnatic singer .Their Indo-Celtic album entitledTurn on the dreams was released in the UK in 2005.In 2012, Selvaganesh made his film directorial debut with Bodhai, a short film in Tamil. He also composed the four-track soundtrack which was released in digital format by Saregama. 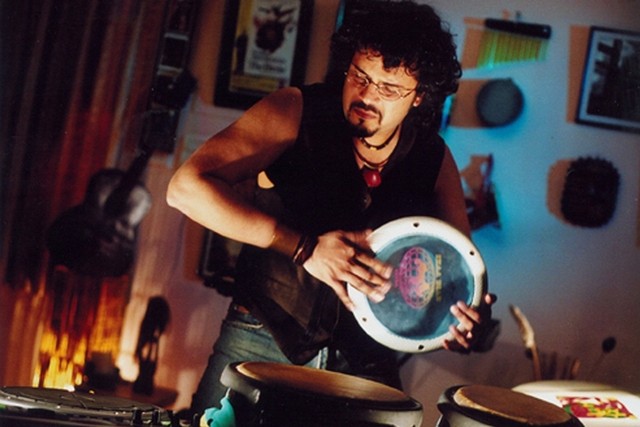 Bickram Ghosh is an Indian tabla player who performs Hindustani classical music and fusion music. His music is strongly influenced by thumri and khayal genres of the Patiala Gharana. Bickram is known to experiment and reinterpret music and culture; he dabbles in a vast repertoire of musical genres, from classical, rock, new-age, fusion to film music

He has performed with well-known performers including Ustad Ali Akbar Khan and Pandit Ravi Shankar. He also performed in jugalbandis with his father in some concerts. He worked with George Harrison just before the ex-Beatle’s death. His long-standing band, Rhythmscape, which performs neo-fusion music, celebrated their 10th anniversary in 2011.

To celebrate the occasion Rhythmscape collaborated with Greg Ellis to perform in Kolkata and Mumbai, an event organized by Folktronic. The band also released their second album,Transformation, which went on to win the Best Fusion Album at the Indian Recording Arts Awards 2012. 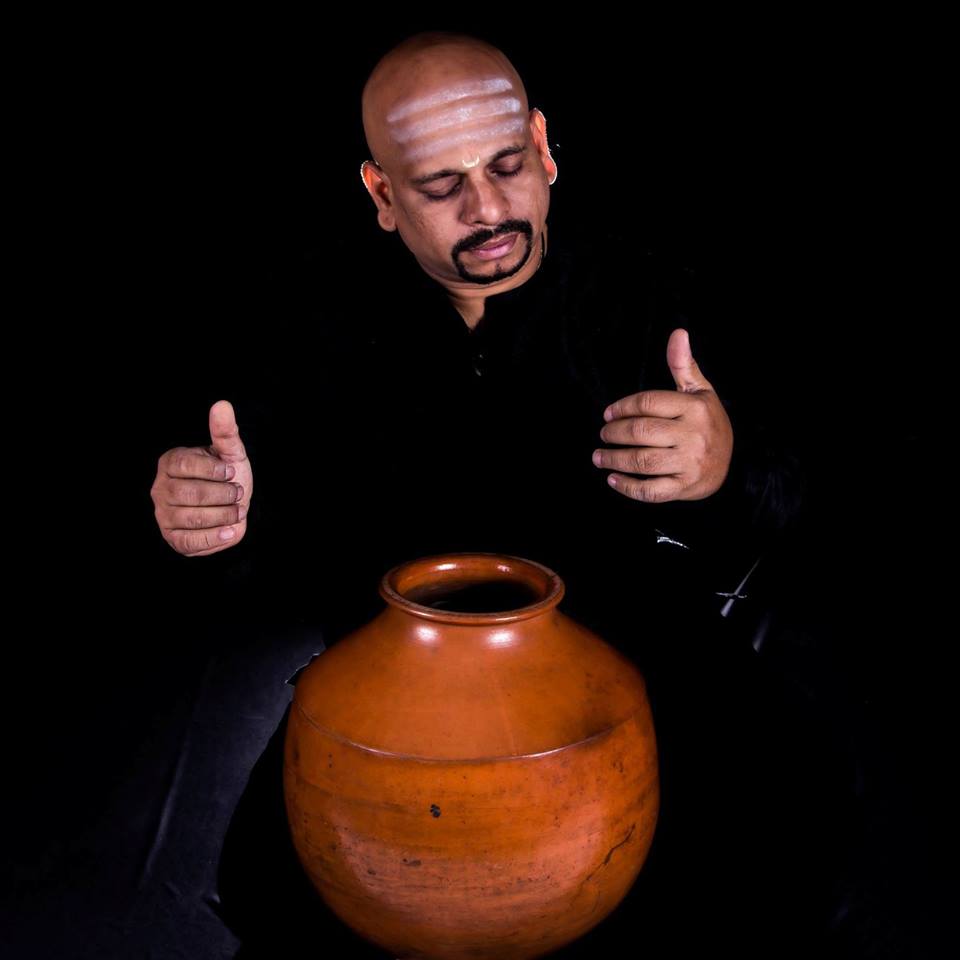 Ghatam Suresh Vaidyanathan is a top ranked GHATAM and multi-percussion artiste internationally acclaimed and respected for his in-depth knowledge of Indian rhythm and technical supremacy. Working in the company of renowned drummers and musicians in world music and jazz genres besides carnatic music for many decades, Suresh has acquired the rich experience and authentic knowledge of the International music systems.

Suresh has had his tutelage under illustrious gurus like Shri T R Harihara Sharma, Sri T H Vinayakram, Sri T V Gopalakrishnan and Sri Umayalpuram Narayanaswamy Iyer – all legends in their own respect. 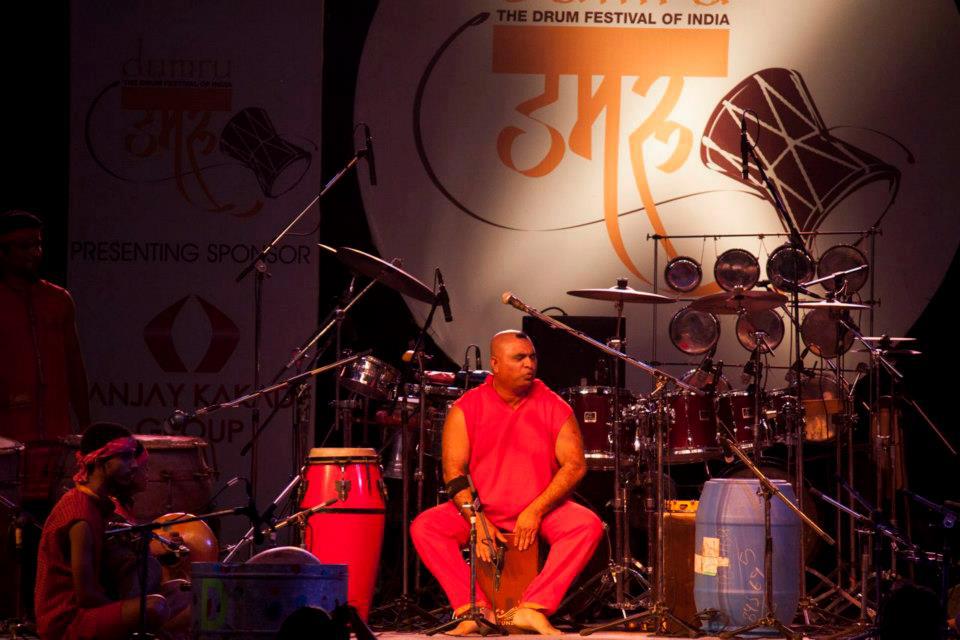 Bondo has an education in Indian Classical music and a strong background in Indo-Jazz, Indo-Fusion, Indo-Latin, Jazz and Flamenco music. Furthermore, talent and versatility have turned Bondo into one of Goa’s finest musician, the only Indo-Latin percussionist in India, and an internationally renowned percussionist who has performed extensively in Europe for more than 17 years.

Arun also been in Drum Fantasy Camp Cleavland – USA where he had a great privileged to learn from Drum Legends Steve Smith, Peter Erskine, Will Kennedy and Keith Carlock. 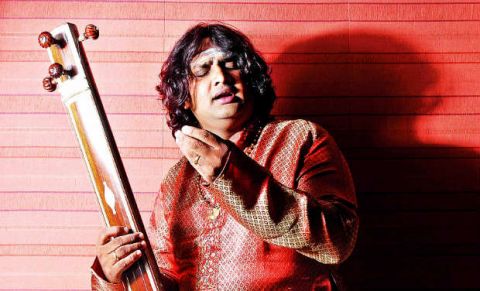 Mahesh Vinayakram son of ghatam legendary Padmabhushan T.h.Vikku Vinayakram  today is one of the leading artists in the field of Carnatic and world music. He started his career as a SOLO VOCALIST at the age of 12,& he is a senior disciple ( shisya ) of Smt.Radha Viswanathan daughter of Bharath ratna Smt.M.S.Subbulakshmi and continuing the Semmangudi parampara (bhani) of  sangita pithamahar.shri.semmangudi srinivasa iyer  in Carnatic music presentation.  He had opportunities to get  vocal lessons from Gurus like Shri H.Y. Narayanan, Shri O.S. Thiagarajan, smt. Savithiri Sathyamurthy, Shri. Bhagavathulu Seetharama Sarma (Kalapeetham, Chennai).

Having performed in all metro cities as solo carnatic performer in concerts in major sabhas, He has also trained himself as a contemporary  Singer for various world class musicians like ustad zakir hussain, stevesmith, sandeep raval, talvin singh, georgebrooks, kai, james asher, jonas hellborg,shawn lane,pete lockett,  and world class productions like Sapthaakshara a family band led by  his father Padma shri. T.H. Vikku vinayakram having all his siblings and shisyas on stage.

He has toured extensively to many  places in the world for both world music productions  listed above and also as freelancer singer for various artista nd festivals. To list a few U.S, Germany , France , Italy , Norway , Sweden , Mauritius , South Africa , Ghana , Kenya , Indonesia , Lesotho,zambia,and many other countries.

Bhavani Shankar is an Indian pakhawaj drum player. He was born into a musical family, beginning his study of pakhawaj and tabla at the age of eight. His father Babulalji was a renowned Kathak performer, a style of Indian classical dance. He has played with many Indian artists including bansuri player Hariprasad Chaurasia, santoor player Shiv Kumar Sharma and tabla players Zakir Hussain and Anindo Chatterjee. In the last years he has made his mark as a composer for films and experimental fusion projects. 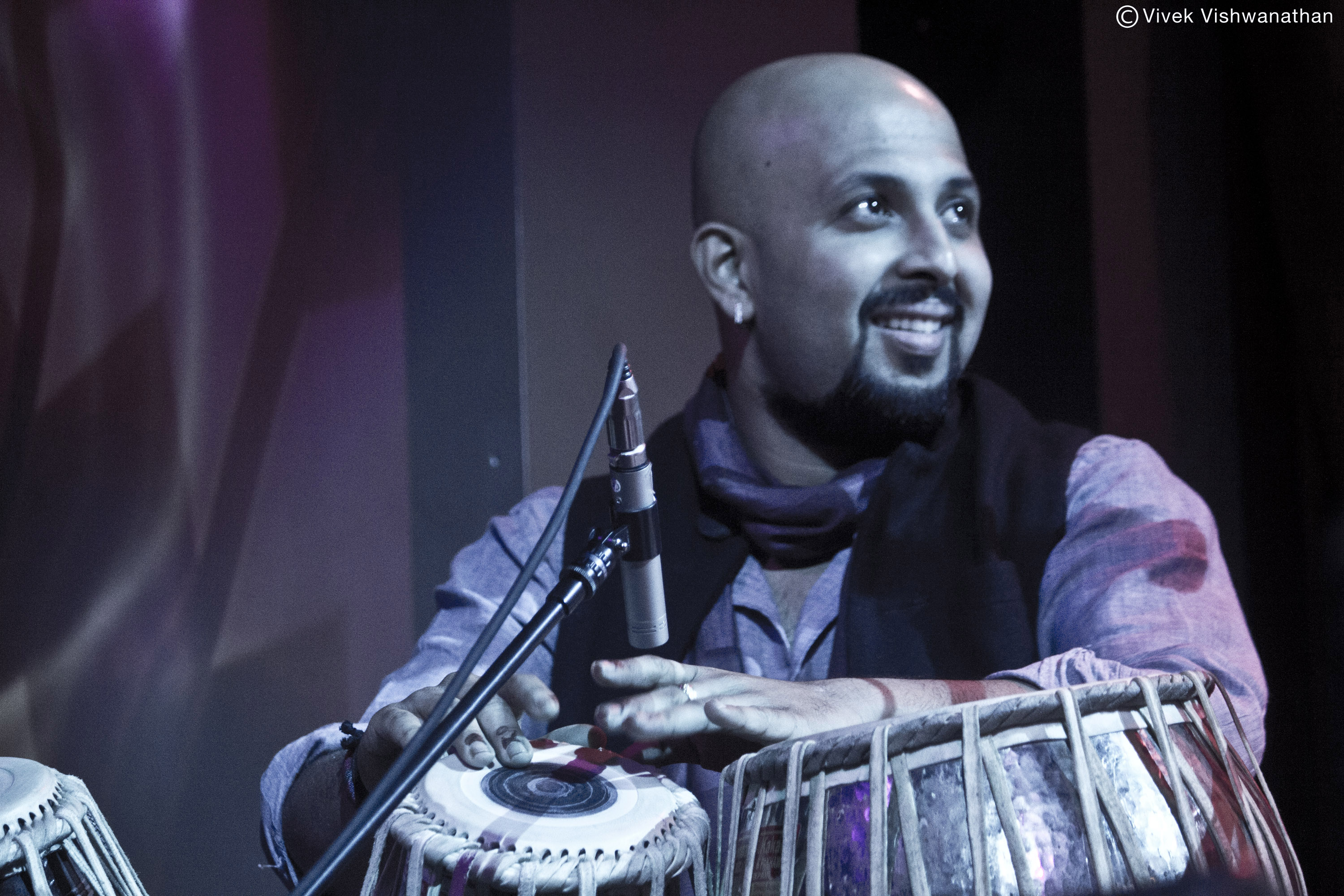 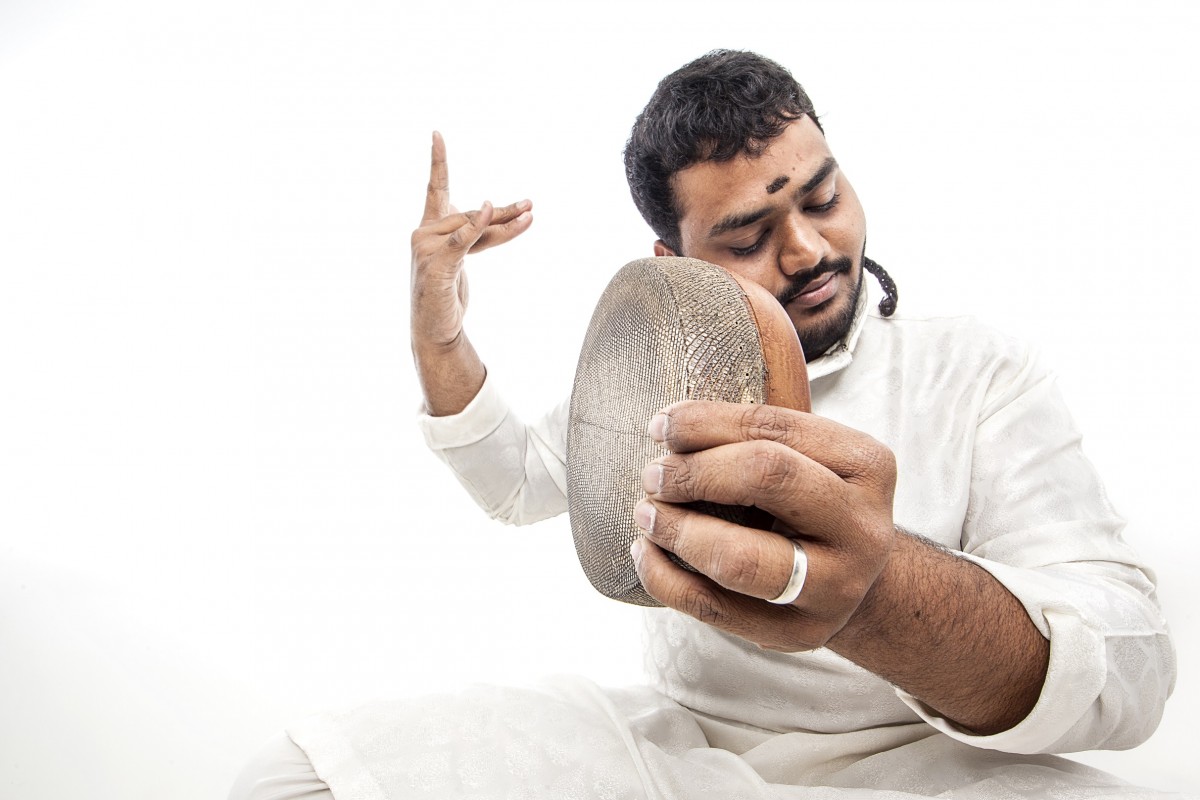 is the son of India’s Prince of Percusison Ust. Taufiq Qureshi and grandson of legendary Tabla maestro Ust. Allah Rakha Khan. Shikhar plays the Djembe and Snare kit in the band. 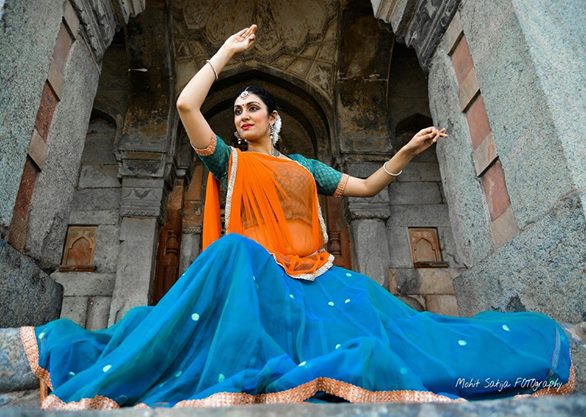 a Kathak Dancer, is the grand daughter of India’s Kathak Maestro and legend Pandit Birju Maharaj.

The youngest member in the band, plays the Guitar and is the daughter of Sujoy Dey a very well known Bass player in Bollywood

You are invited to attend The Dumru Rhythm Festival