Digital gaming includes, but is much more than, playing using software running on PCs, consoles, or portable devices. It not only encompasses a wide range of cultural and media practices, including those designed specifically to be played, but also comprises other practices that provide pleasures derived from playful tinkering with digital technologies

The Indian digital gaming industry is growing rapidly, with behemoths like Alibaba backed-Paytm, Tencent, Youzu and Nazara investing in it. One of the top five countries for mobile gaming in the world, the industry is already worth over $890 million. And with the demand for games on an upward curve, the country now has more than 250 game development companies, up from a mere 25 in 2010, with at least two startups coming up every month.

Estimates suggest that India's mobile games market will be worth $1.1 billion by 2020, and number of users projected to become 628 million by then.

The rise in the popularity of gaming is partly due to the increased accessibility that the public has to them; at the tap of a screen, one can download games onto a smart device. Evidently, the increase in mobile gaming has run in parallel to the rise in smartphone adoption in India, which is set to have 530 million smartphone users this year. Many game developers such as Moon Frog, 99Games, PlaySimple and Mech Mocha are capitalizing on the growth in smartphone usage to build their businesses.

Evidently, the increase in mobile gaming has run in parallel to the rise in smartphone adoption in India, which is set to have 530 million smartphone users this year. 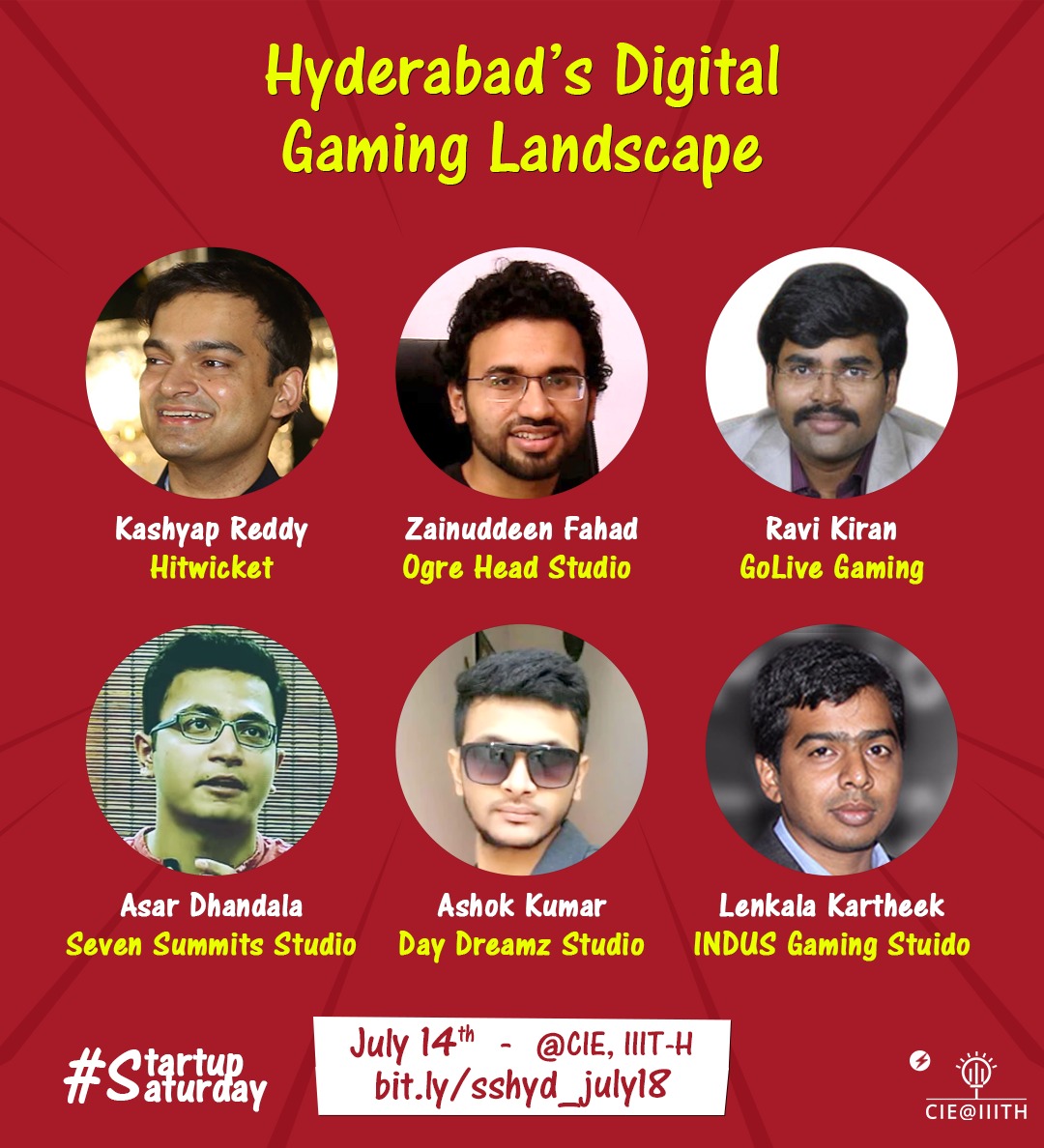 Time : 09:30 AM to 01.00 PM
About Headstart Startup Saturday:
Startup Saturday is Headstart Network Foundation's flagship event which sees over 1000 attendees every month (across India) come together to listen to talks and panel discussions by successful entrepreneurs, VCs, mentors and industry experts. Startup Saturday is organized on the second Saturday of every month by a team of super-passionate volunteers so that startup enthusiasts learn, get inspired and network with the best. Some of India's top startups (Ola, Flipkart, etc) made one of their first demos at a Startup Saturday.
About Headstart Mentor:
Headstart Mentor is a hands-off mentoring session for entrepreneurs, facilitated by Headstart. Our intention is to get qualifying startups coached by the industry’s best and to build a pay-it-forward culture in the startup circuit. It is an invite-only meetup which aims to provide a structure to 4 qualifying startups to find solutions to their problems by interacting with brilliant peers and experts in their industry. A Mentor session lasts for 4 hours and is organized on specific domains (like Healthcare, EdTech etc.) or horizontals (like sales, fundraising etc.).

Giving a demo at Startup Saturday allows you to pitch in front of a very experienced panel of business founders and investors. It's a quick Q&A session that can change your world in a few minutes. Your pitch will also reach out to a highly qualified audience. They can enrich you with brutally honest feedback, suggestions and offer to help.

StartupSaturday Generally, the Startup Saturday Agenda includes the following:
1. Some successful entrepreneurs as keynote speakers
2. Pitches and Demos by early stage start-ups, followed by quick mentoring by successful entrepreneurs
3. Panel Discussion relevant to theme of the day, interactive Q&A with panellists
4. Networking with peers and speakers and panellists

You are invited to attend Digital Gaming Landscape of Hyderabad