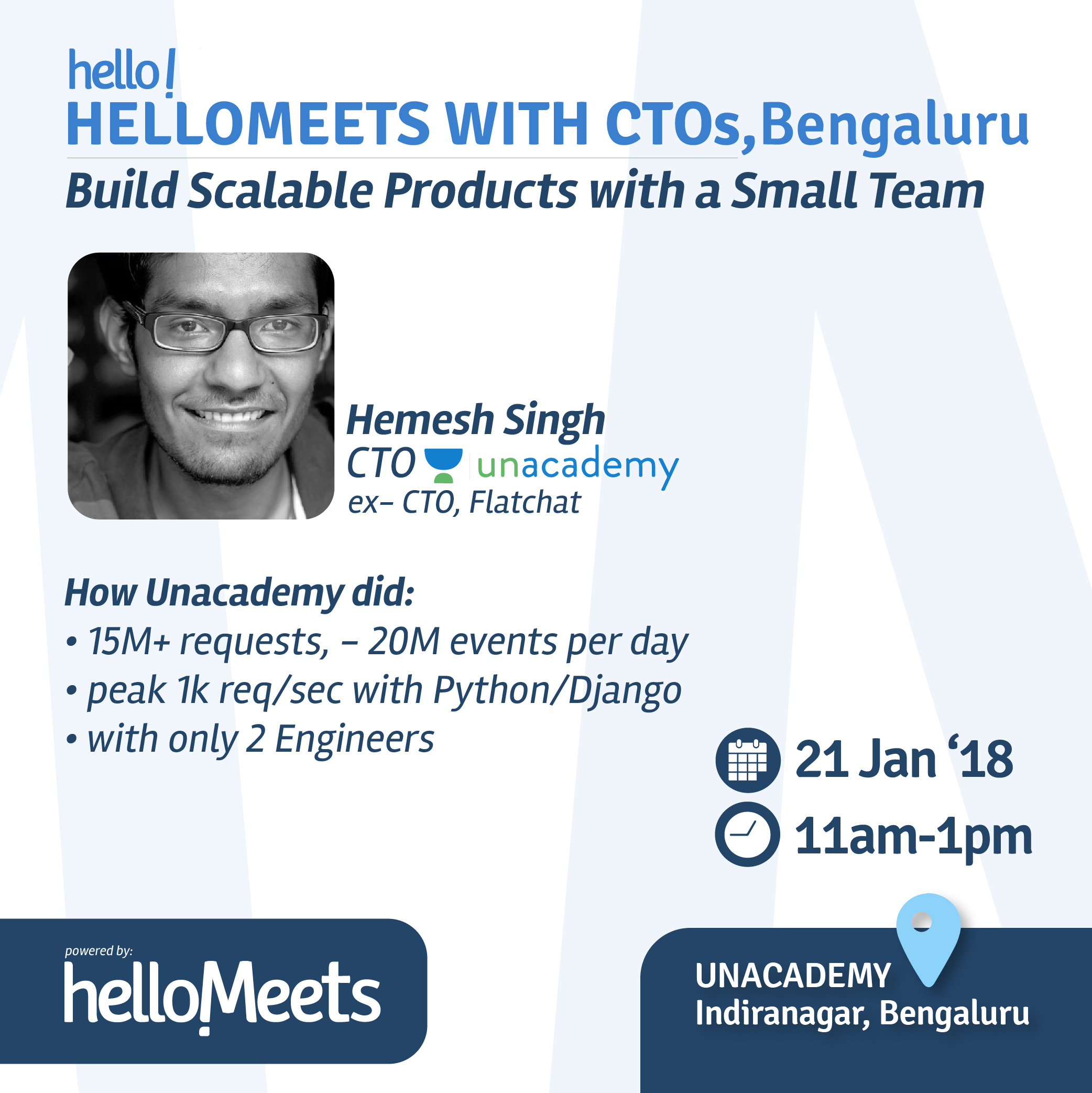 Why have we started with HelloMeets w/ CTO's series?

Here are some vacancies at Unacademy:

(If you are one of them and looking for a change, then this meetup could be a great opportunity for you)

Some of their investors include:

In August 2017, Bhavin Turakhia Indian entrepreneur, billionaire, CEO, and co-founder of Directi, also the founder and CEO of Flock, Radix, CodeChef, and Ringo, as well as the co-founder of Media.net and Zeta joined the Unacademy board

You are invited to attend Build Scalable Products