Grand Bathukamma Celebrations in the form of Indian Cultural Festival

By Brahma Kumaris in association with Govt. of Telangana

On the occasion of Batukamma Festival, Brahma Kumaris in association with Department of Language and Culture, Government of Telangana are celebrating the Event in a Grand and Unique way from 26th to 30th September 2017 in different locations at Hyderabad.  Artistes from 15 different states of India will be performing their respective Traditional Dances in fusion with Batukamma Celebrations.

As part of these Celebrations, several interesting Concepts are presented that integrate with Batukamma with the main objective to promote Values and Spiritual Significance behind celebration of Batukamma Festival. 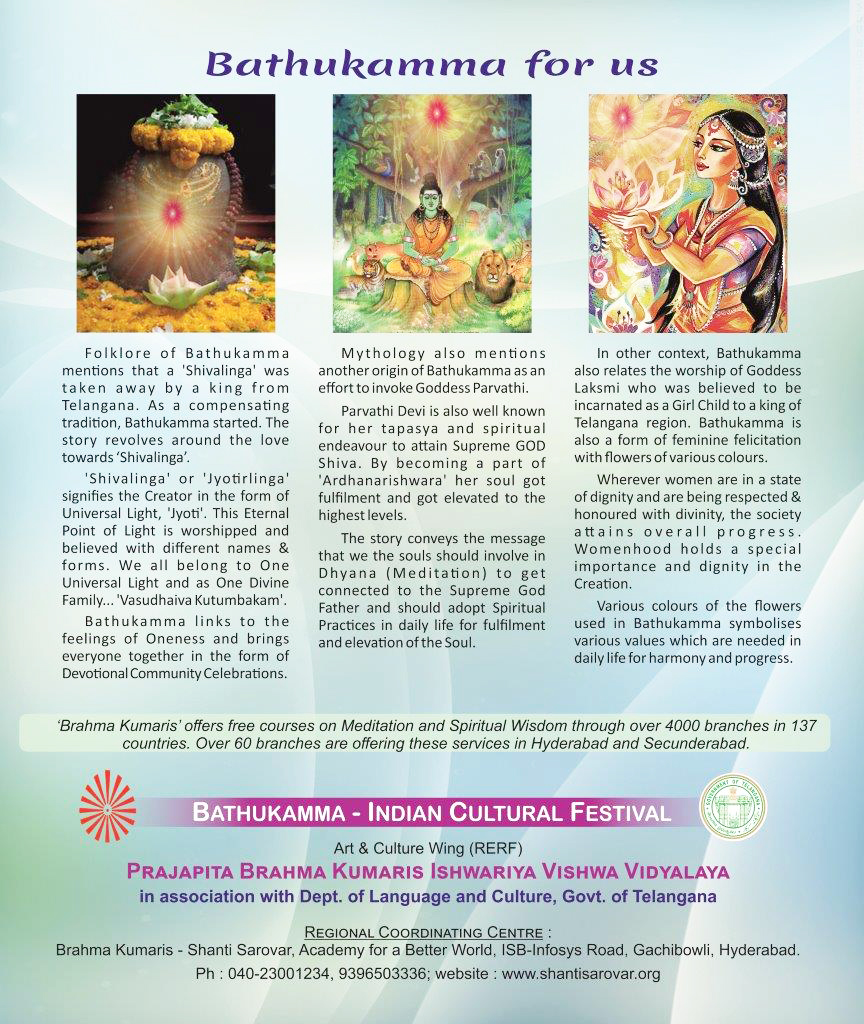 You are invited to attend Bathukamma Celebrations at Ravindra Bharati