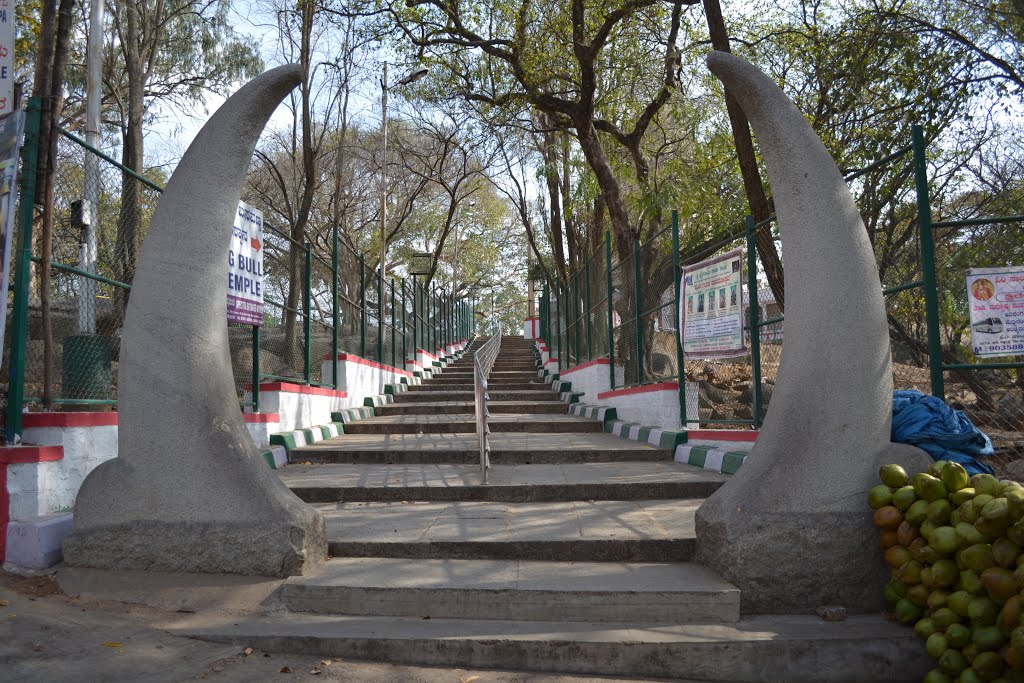 This heritage walk is amongst one of the many walks, that we conduct in Basavanagudi and the most popular one too.

This part of Bangalore, is associated closely with South Indian culture,arts, food and music. On this walk we take our guests on a "Darshan" to some of the better known temples and monuments associated with it's founder Kempe Gowda. The walk begins from a tower which was once used as a lookout post and here we also pay homage to one of Basavanagudi's literary giants. Soon after, we move onto a temple which is incidentally named after a Bull which used to rampage through the peanut fields over here centuries ago. At this temple learn more about the history, architecture and legends associated with it as well as the fair which takes place every year in honor of the "Bull".

We next take a nice stroll across to a temple on a hill as well as one inside a cave, where we marvel at the astrological achievements of it's builders. The last stop on this walk is a visit to an ashram associated with Swami Vivekananda.

The walk ends with a nice breakfast at a South Indian outlet. Cost of this walk is 600/- with 50% off for senior citizens above 60 years & children between 9-16 years. For more details, send an email to "bengalurubyfoot@gmail.com".

You are invited to attend Basavanagudi Darshan.