8 glorious artists. 2 mammoth stages. 1 epic night! Liberate yourself to the aura of great music. Taking you far beyond reality into a sphere of fantasy, Auric is the place you would want to lose yourself this New Year's, or even perhaps, forever. Set in marvelous outdoor venues amidst 5 star facilities, AURIC is sure to enthrall you. Our production expertise including Fucktion One sound set-up will captivate and elevate you to the refreshing New Year that you deserve. Feel the vibe rush through your soul! 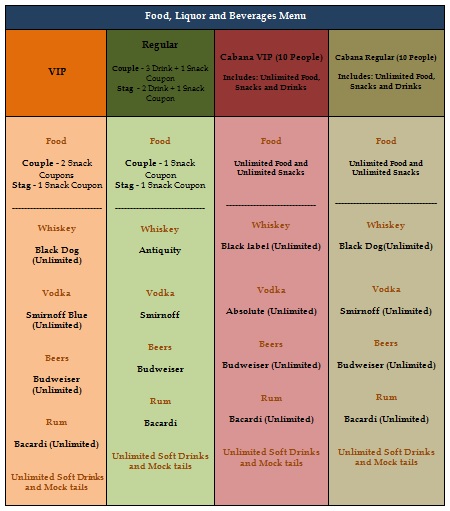 Jerome Isma-Ae: He thas made a name for himself as a world-class remixer, progressive DJ and producer. Hishis productions are played, charted and play listed by the worlds’ biggest trance, house and techno DJ´s. Jerome has produced countless Remixes for international artists with the latest being Paul Van Dyk and Way Out West.

DJ NEPHRA: Leading female DJ in the city to push Underground/Electronica sounds. She has performed at prominent clubs around the country. Creates intense sounds ranging from NuDisco to Deep House and Techno.

DJ ARYAN: Ranked as one of the 6 best DJ’s in India at Burn & MTV Ultimate DJ Championship, his music has been released on LoHit Records and Windhorse Records. He has also produced sounds and background scores for movies & radio. He regularly performs with many international and national artists.

DJ PHALGUN: Accomplished multiple releases on renowned labels like Mistique Music, Juicebox Recordings, Lohit Records. Only DJ to produce 128bpm progressive sound at the most happening parties in Hyderabad. He has shared stage with various international and national artists regularly.

DJ DAMAN: He is the chosen DJ for Post Parties of Indian Premier League, Indian Cricket League and  Airtel Champions League. He performs at various leading pubs around the country. He is also a  feature at many prominent corporate events.

DJ OLLY ESSE: Olyy Esse has been all over the World destroying the decks and the competition wherever she goes leading to her success. One of Italy’s finest female djs. Olly has had the privilege of Opening before Nari Milani and Cristian Marchi in vip disco Enigma @ Lamezia Terme, Italy. Olly is a well known female DJ’s who plays in some of the most fashionable clubs in the world like Shed @ Sicily. Italy, Le Madison @ Tunis, Golden Dragon, Lampung, Indonesia, LIquid club@ Makassar, Indonesia, Black out @ Italy

You are invited to attend AURIC NYE 15 @ Leonia Resorts