Looking for things to do in Denver this weekend?

Come join us at a comedy show in Denver tonight Saturday April 6th at Anecdote!

One of the best new bars in Denver, right in the Capitol Hill neighborhood with craft cocktails and more!

Known for whip-quick wit and rollicking improvisations, headliner Sam Tallent is one of the sharpest, most original rising talents in comedy today. He has been called "the absurd voice of a surreal generation" by the Denver Post, and, when not maintaining a "Black Flag esque tour schedule" (Savage Henry Magazine), Sam has worked alongside many of the biggest names in comedy. Sam has performed at the Oddball Comedy Festival, High Plains Comedy Festival, Hell Yes Fest, the Chicago Comedy Expo and the NY Film and Television Festival. Sam regularly headlines his hometown club, the legendary Denver Comedy Works. He recently won his battle on Comedy Central's Roast Battle, and was seen on VICELAND's Flophouse as well as the Chris Gethard Show. His writing has been published on VICE.com.

$5 in advance/$8 things to do in Denver today

Capitol hill bars near me

things to do in colorado this weekend

things to do in Denver this weekend 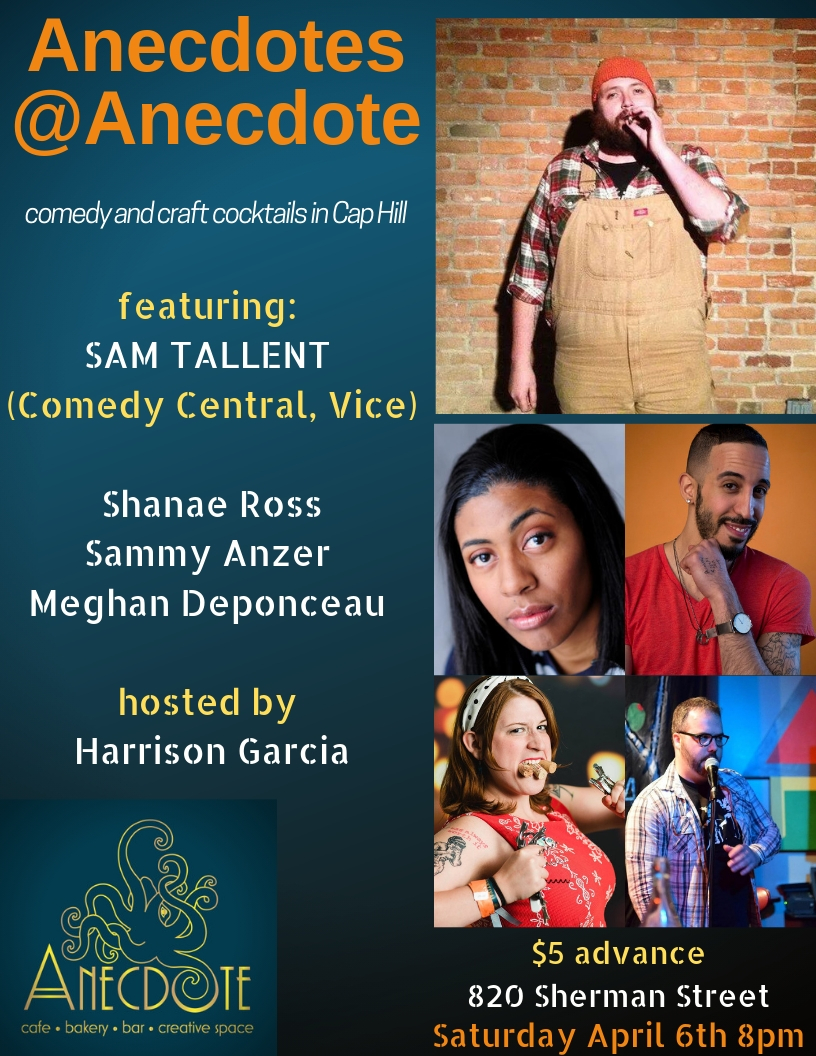 You are invited to attend Anecdotes at Anecdote Comedy Show