Produced by Sakshi & Aganpakhee  and an Aartwo Entertainment presentation, the play  ‘Amavas Se Amaltas’ center-stages the conversation around children in difficult circumstances, creating a platform that invites a debate, a discussion, and a call for action around some of the most difficult and invisible causes that prevent these children on the margins from accessing their constitutional right to equality as an everyday practice.

The cast includes Shikha (Jayati Bhatia), a former judge in the juvenile justice system who has voluntarily retired after her diagnosis of Cervical Cancer and lives with her daughter Sonali (Ankita Bhargava), a successful corporate lawyer and her autistics son, Jai (Ssumier Pasricha) Things take a hilarious and dramatic turn in their lives when 16 year old Khushi (Chitrashi Rawat), a sex worker and survivor of the human trafficking chain, lands at their doorstep stumbling upon triggers that unleash the power of unspoken truths. 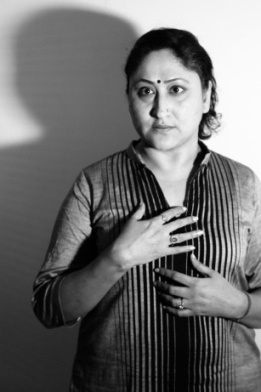 Ssumier Pasricha is an actor, photographer and comedian. His acting career     spans     over years of theater, musicals and TV shows all though he is best  known for his videos in the avatar of his fictional character ‘PammiAunty’ which  broke the internet  in mid 2016. 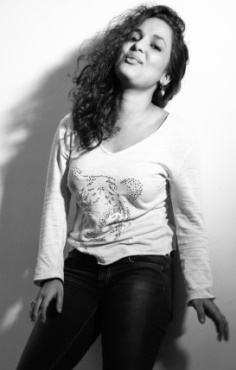 Chitrashi Rawat is a former Indian hockey player, film actress television presenter. Her film career began in 2007, when she starred as Komal Chautala,a member ofThe Indian women’s national hockey team, in the movie Chak De India for which she also won an award.

Ankita Karan Patel is an Indian television actress who has acted in several serials like  Kasauti Zindagi Ki , Dil Mill Gaye,Sajda Tere Pyaar Mein, Dekha Ek Khwaab and many more. She was last seen in the newsroom drama Reporters which aired on Sony.

A Creative Director, playwright, theatre and multi-media practitioner, Smita translates her extensive experience as a social activist into performance art through theatre, Multimedia productions and films. She engages people in the art of storytelling and role playing that enable re ing of personal narratives and arrive at action points that leads to sustainable peace building. She is a certified trainer for Participatory Monitoring and Evaluation from INTRAC Oxford UK, Conflict Management from Kurve Institute, Wustrow, Germany, Trainer of Trainers for Market Access for SMEs from Traidcraft, UK, and a Rotary World Peace Fellow.

Aganpakhee's work is based on over two decades of rights based socially relevant action implemented by Sakshi (regd. NGO 1993). Aganpakhee is a production and content creation company that works as the technical partner for Sakshi's communication projects through theatre, films, television, poetry, workshops and campaigns. Together, through the communication, both the organisations aim to reach deep seated attitudes within cultural contexts in order to trigger social and behavioural change.

Aartwo Entertainment is a minority woman owned event-organizing company based in New Jersey, USA. It’s main aim is to build cultural bridges and showcase the talent from Indian subcontinent to the people of the United States. The long-term goal is to bring about awareness about social issues and in turn social change.