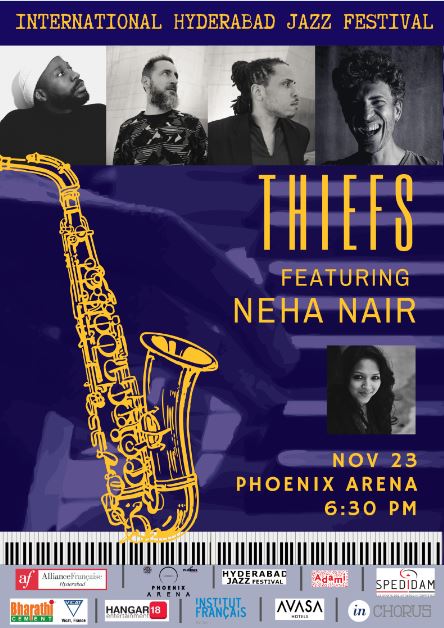 As part of the International Hyderabad Jazz Festival, Alliance Française of Hyderabad invites you to a concert featuring Thiefs and Neha Nair at Phoenix Arena.

“THIEFS” is an emblematic band of the new French Jazz/Hip Hop scene founded by the saxophonist Christophe Panzani. It released its second album called GRAFT (La GREFFE) in 2018. This album has been acclaimed in Europe and in the United States as one of the most powerful album on the avant-garde scene.

The Indian Tour is a way to start and develop a collaboration with a great Indian Artist, Neha Nair, lead female singer in the Malayalam rock band Avial, and singer and composer in the
Malayalam film industry. 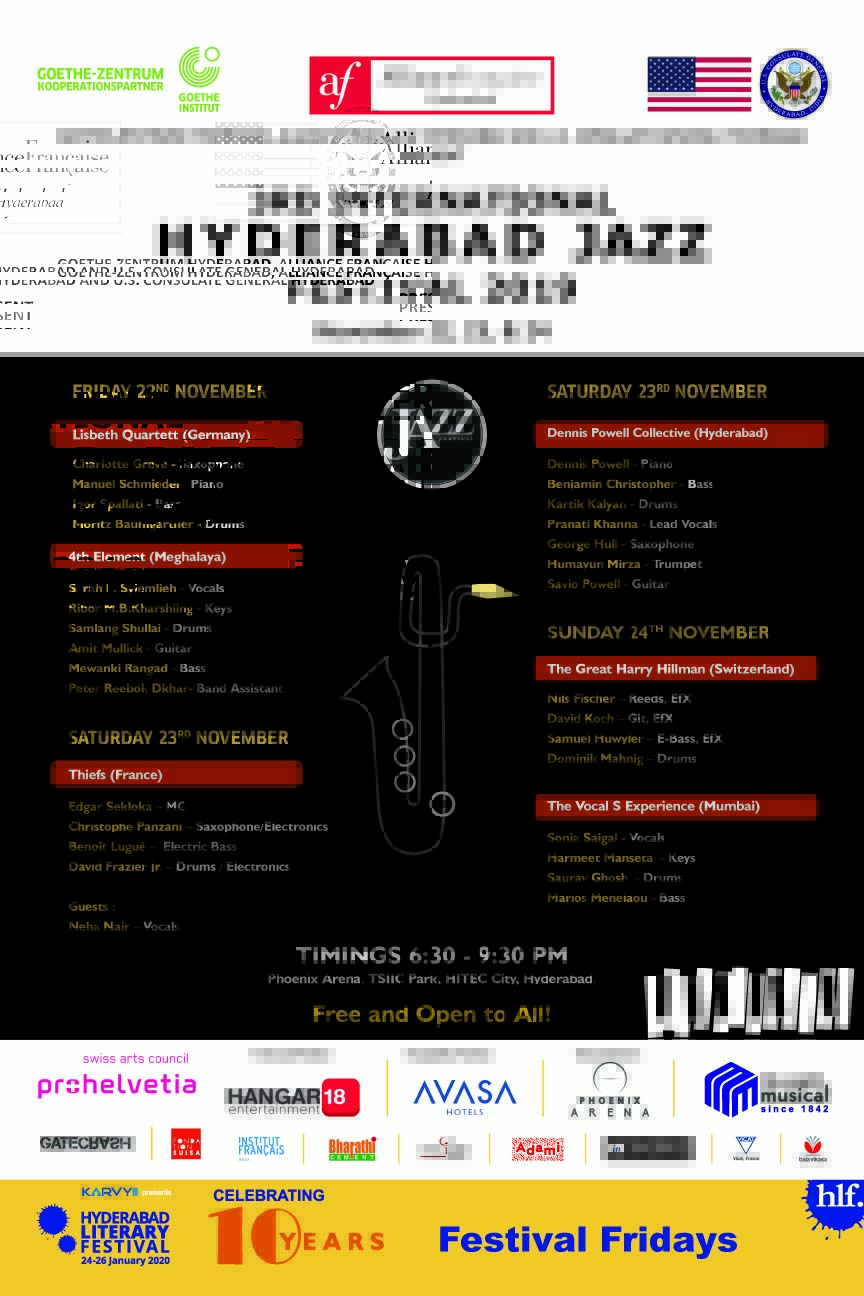